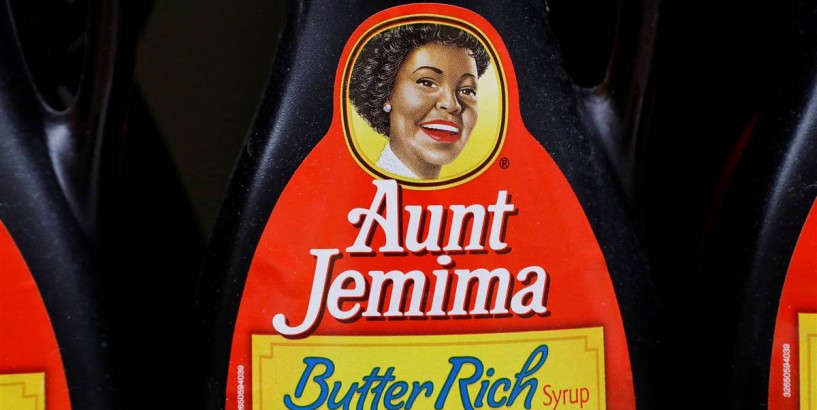 Relatives of former Aunt Jemima spokeswomen say they are concerned that their family history will be erased as Quaker Oats' moves to rebrand the syrup and pancake mix . "I understand the images that white America portrayed us years ago. They painted themselves Black and they portrayed that as us," Vera Harris, whose great aunt, Lillian Richard, traveled the country promoting the Quaker Oats brand and portraying the Aunt Jemima character for more than 20 years, told NBC News. "I understand what Quaker Oats is doing because I'm Black and I don't want a negative image promoted, however, I just don't want her legacy lost, because if her legacy is swept under the rug and washed away, it's as if she never was a person."

Harris added that Richard was recruited to work for Quaker Oats in the 1920s, during a time when there were "no jobs for Black people, especially Black women."

"She took the job to make an honest living to support herself, touring around at fairs, cooking demonstrations and events," Harris said. "When she came back home, they were proud of her and we're still proud of her."

Quaker Oats announced Wednesday that it would be updating the name and design of its 130-year-old Aunt Jemima brand in recognition of the fact that its " origins are based on a racial stereotype ." The first "Aunt Jemima" was introduced at Chicago's World's Fair in 1893 and was portrayed by Nancy Green, a formerly enslaved woman. The brand's design had already changed at least five times, with previous versions including a woman dressed as a minstrel character and wearing a "mammy" kerchief.

The most recent decision to revamp the brand, which has been criticized for promulgating a reductive and racist version of slavery ,came amid ongoing protests calling for racial justice. Other brands, such as Uncle Ben's and Cream of Wheat, have also recently announced they plan to adjust their branding following years of criticism and Quaker Oats' announcement.

"The character of Aunt Jemima is an invitation to white people to indulge in a fantasy of enslaved people — and by extension, all of Black America — as submissive, self-effacing, loyal, pacified and pacifying," Twitty wrote in a recent NBC Think essay. "It positions Black people as boxed in, prepackaged and ready to satisfy; it’s the problem of all consumption, only laced with racial overtones."

While many have welcomed the Aunt Jemima change, Larnell Evans Sr., the great-grandson of Anna Short Harrington, who he says played the Aunt Jemima character after she was discovered while serving pancakes at the New York State Fair in 1935, believes the branding should remain the same.

"This comes as a slap in the face," Larnell Evans Sr. said. "She worked 25 years doing it. She improved their product ... what they're trying to do is ludicrous."

When asked how he might respond to supporters of the Aunt Jemima imagery being retired because of its racist origins, Evans said he did not want to comment further beyond stating that "injustice is being done."

"Twenty-five years of this lady's life is just going to go away," Evans said. "Why would they just, after all this time, just want to give it up?"

Evans and other members of his family filed a $3 billion lawsuit against Quaker Oats in 2014, arguing that the company hadn't properly compensated Harrington's estate with royalties. A judge dismissed the case the next year.

Quaker Oats said the new packaging will begin to appear in the fall and that a new name will be announced later. In the meantime, however, Harris urges people to remember and celebrate her aunt's legacy, even though it may be "painful" to do so.

"In spite of our dark past, that past is our past. We can't run from it, but we can be better in the future," Harris said. "When my grandson is grown and has children, I want them to know that they had a great-great-great aunt that made an honest living, made honest money, but portrayed something that people probably don't think was honest, but in my mind, she was doing what she had to do to survive and make a living."

Harris and her family have led several efforts to commemorate Richard's legacy. Signs leading into Hawkins, Texas, read "Home of Lillian Richard 'Aunt Jemima'," and the town often hosts pancake festivals in her honor. The Texas Legislature also passed a resolution declaring Hawkins as the "Pancake Capital of Texas" in 1995.

"Take the logo away, because it is offensive, but my aunt Lillian was a beautiful, intelligent lady that had to do domesticated type of work to make a living," Harris said. "I just don't want that erased from my family history because it's almost like erasing a part of me."

Ethel Ernestine Harper was the last real woman whose face appeared on the Aunt Jemima brand, according to the Morristown Daily Record . She advertised the brand until 1958, after which she became a Black history teacher and radio host.