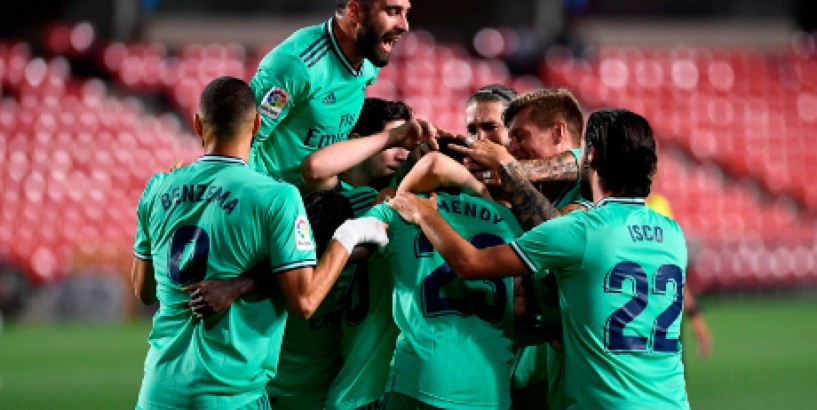 The win saw Zinedine Zidane’s side restore their four-point lead over second-placed Barcelona and they will clinch their first title since 2017 with victory at home to Villarreal on Thursday or if they beat Leganes on the final day of the season.

French defender Ferland Mendy rifled into the net from the tightest of angles to give Real the lead in the 10th minute while top scorer Karim Benzema doubled the advantage with a cool finish in the 16th.

Granada’s Darwin Machis pulled one back in the 50th and Real keeper Thibaut Courtois was forced to produced a fine save to deny forward Antonin late on while captain Sergio Ramos was then the hero as he cleared a Ramon Azeez shot off the line.