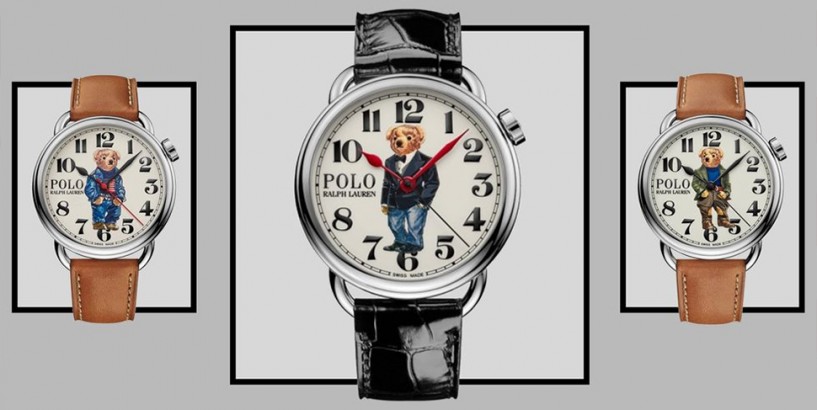 Ralph Lauren is in the business of building icons. The man himself? Yep, he's an icon. So is the brand that bears his name. And the bear that (ahem) bears that brand's name, the Polo Bear, well, he's become an icon, too. Seriously, just talk to a Polo Bear fan about their fuzzy little friend—based, by the way, on the stuffed teddy bears from German toy company Steiff that were given out as presents to RL employees—and you can actually see their eyes light up. Whether he's dressed up or down, playing golf, or doing a kickflip, the Polo Bear sparks emotion.

Now you can get a little bit of that feeling whenever you need to know the time. Ralph and co. just released three new, limited-edition Polo Bear watches, all housed in stainless steel cases and powered by the RL200 caliber automatic movement. There's a Denim Flag Bear, a Bedford Bear, and a Tuxedo Bear. All three deliver some serious vibes. The only question, then, is what kind of vibe you're going for. Check them all out right here.

The look this bear is wearing—denim jacket, jeans, Polo flag sweater—is a real one that was worn by Ralph himself at his Double RL ranch in Colorado in 1989. It looks just as cool 30 years later. Polo Ralph Lauren, ralphlauren.com

Up in Bedford, New York, Ralph created his own private English-style manor. The Bedford Bear? He's dressed to fit right in, with a tweed jacket, a turtleneck, and riding jodhpurs. Polo Ralph Lauren, ralphlauren.com