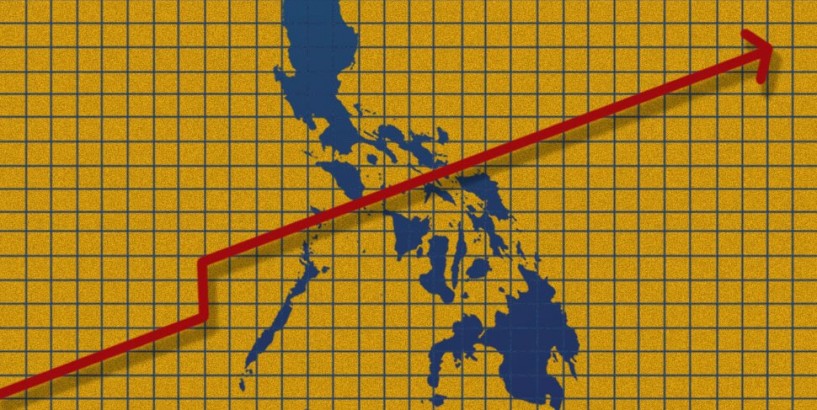 The Philippine GDP growth rate for 2019 surged to 6.2 percent in the third quarter (Q3), according to the Philippine Statistic Authority (PSA). This is 0.7 points higher than the second quarter’s 5.5 percent, which was the lowest growth rate in four years. The economy’s Q3 performance succeeded in rebounding from decreasing growth rate, and is now the highest quarterly growth rate of the year.

According to Dr. Ernesto Pernia, Secretary of Socioeconomic Planning from the National Economic and Development Authority, the economy will need to grow 6.7 percent in Q4 in order to achieve the government’s 6 to 7 percent growth rate goal for 2019.

The main growth drivers for Q3 were reported to be trade and repair of motor vehicles, motorcycles, personal and household goods, constructions, and financial intermediation.

Many have speculated about the impact the recent Mindanao earthquakes will have on the economy, however, Pernia clarified that although the impact will most certainly be felt in Regions 11 and 12, the contributions of these regions to the national GDP is rather minor.

Second highest growth in region Despite the tumultuous first half of the year, Pernia said that the Philippines is “likely ranked second” in terms of Q3 growth in the region, just behind Vietnam’s 7.3 percent, but surpassing China’s 6.0 percent, India’s 6.0 percent, and Indonesia’s 5.0 percent.

Net primary income from the rest of the world grew by 2.9 percent, while gross national income grew by 5.6 percent.

As Pernia predicted in the Q2 press conference, public spending was a key factor in boosting the GDP growth rate. To ensure that the increasing trend carries into Q4, te secretary emphasized the need for the timely passage of the 2020 budget, TRABAHO Bill, amendments to the Foreign Investment Act, Public Service Act, and Retail Trade Liberalization Act, and National Land Use Act, as well as the implementation of the Rice Competitiveness Enhancement Fund.

6.7 percent needed in Q4 The 6.2 percent Q3 growth rate “means that the Philippine economy will have to expand by at least 6.7 percent in the last quarter of the year to meet the low end of the full year target of 6.0-7.0 percent for 2019—a challenge that we are confidently taking on,” said Pernia.

Despite the high goal for Q4, Pernia insists that it is achievable. “We have seen the local economy surging and the momentum will continue.”

The last time the Philippines obtained a GDP growth rate of 6.7 percent or higher was in the third quarter of 2017, exactly two years ago, when Q3 growth was booked at 7.2 percent.