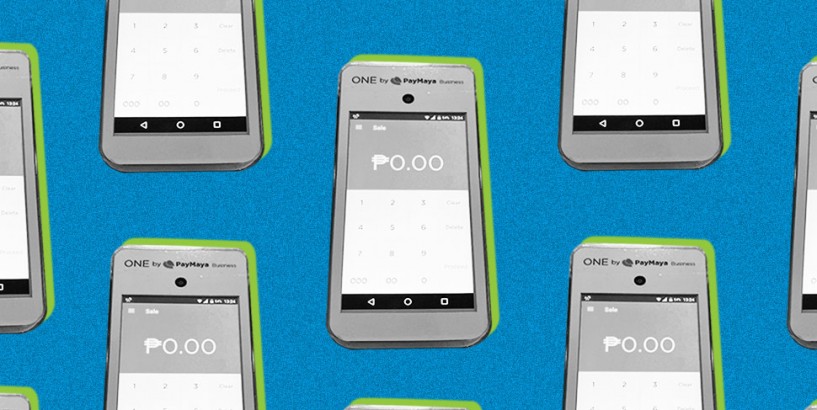 The Philippines has always been a paradox. On one hand, we’re the top internet users in the world (according to the latest report of creative agency We Are Social). On the other, we still have towns and communities that don’t even have electricity.

It’s the same with the economy and financial literacy. We can be at the forefront of fintech with all the new digital services offered, all while still having an astounding number of people who don’t have bank accounts. Can cashless systems, like Smart’s Paymaya, help us with this dilemma?

Photo by CYRIAN AGUJO . A cashless economy Imagine leaving your house with no money. You pay for stuff either by scanning a QR code using your phone or swiping a card. No need to worry about change—your money is online. This is what a cashless system promises, or at least tries to achieve. While all of these are doable with a traditional bank account or credit card, users need a lot more requirements to open an account for those two. With cashless systems, you download an app, create an account, and that’s it.

The much lower barrier for entry is a boon for Filipinos, especially considering the fact that according to the latest data from World Bank, less than 35 percent of Filipinos have bank accounts. Let that sink in.

But do we even want a cashless economy? While the thought of leaving your house without any cash seems jarring, the benefits are obvious according to Raymund Villanueva, head of growth and brand marketing at Paymaya. “Since you won’t need to carry cash, it’s less of a security risk for the user,” he says. “For merchants, they won’t need security vans to deliver or pickup cash from their stores. Everything can be done digitally.”

Photo by CYRIAN AGUJO . Backed by the government But the benefits of cashless systems go beyond the practical. Cashless systems are more about creating a more diverse market that takes advantage of global trends such as ecommerce and digital payments. The Philippine government itself, through the Bangko Sentral ng Pilipinas, has been heavily promoting cashless transactions, creating interbank transfer systems such as PESONet (for bulk transactions processed in batches) and InstaPay (for near-instant crediting of individual transactions.)

“We’re very lucky that the BSP is very forward-thinking compared to central banks of other countries,” says Villanueva. “The BSP believes in what we’re trying to achieve and its support for fintechs (financial technology companies) in general and not just Paymaya is really a huge boost to the industry, making sure there are guidelines in place.”

But aren’t banks and traditional financial institutions pushing back against this new kind of finance system?

“I don’t think the banks and fintechs are clashing; We’re actually helping each other out create this financial economy and make it move a little bit faster. So, we’re actually partners in this,” tells Villanueva.

Photo by CYRIAN AGUJO . Financial education is still the key Still, Villanueva admits that fintech in general has ways to go before it becomes the norm. According to the BSP, in 2017, electronic transactions rose to 9.2 percent, up from just one percent back in 2015. The government’s target is 20 percent of all transactions should be done digitally by 2020. It’s quite a tall task, but Villanueva is optimistic.

“The trend we have been observing is that once they get to use a fintech app like Paymaya, they continue using it after. The challenge is how to get as many people as we can to use the service in the first place.”

Photo by CYRIAN AGUJO . For its part, Paymaya has been hyper-aggressive with their promos and cashbacks for first-time and even long-time customers. Paymaya recently launched partnerships with numerous companies in time for Christmas, offering cashbacks and discounts when you buy groceries, food, medicine, and even gas using the Paymaya QR. They’ve also unveiled their new Paymaya One device for merchants, which allows Paymaya users to scan a QR code to pay for their bills and orders.

But promos, as enticing as they can be, aren’t enough when you’re trying to change the way people think about money and finances. Villanueva recognizes as much. “At the end of the day, (financial) education is still the key. Once you learn about saving and spending your money wisely, then you yourself will search for tools to help you manage your finances.”

At this point, for Villanueva, the brand or service you use doesn’t matter as much as shifting your mindset toward embracing a digital economy. “We (fintechs) aren’t exactly competitors here,” he says. “Our main competition is cash itself, that’s as simple as it gets.”