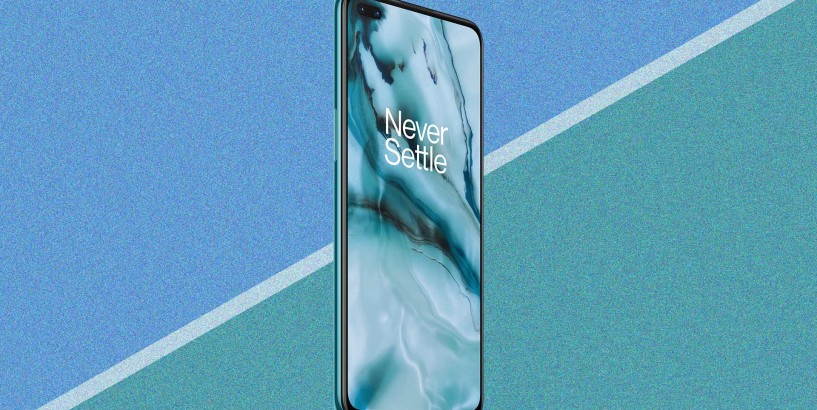 OnePlus Nord review: a steal of a smartphone

The smartphone world isn’t what it used to be. Time was we’d have the likes of Nokia, Motorola and Samsung churning out crazy-looking handsets with flip-up keyboards, circular number pads and all sorts of other Escher-esque designs. Now, you have the choice of either a glass, rectangular slab at worst, or a folding, glass, rectangular slab at best.

Despite this maturity, though, a top-end flagship such as the iPhone 11 Pro or Samsung Galaxy S20 Ultra will still set you back close to a grand. So it’s easy to see why more and more people are turning to mid-range handsets for their upgrade fix, accepting a drop in quality for a more ample bank balance. Enter the OnePlus Nord: a phone that claims to offer most of that flagship experience for half the price.

At £379, the OnePlus Nord is the company’s first mid-range handset, following the release of the £599 OnePlus 8 . To the casual onlooker the Nord could easily pass for a pricier rival, but what about after a fortnight’s use? We gave this eminently affordable handset the runabout to find out.

Punching above its weight From the outside, and in the hands, the Nord gives the impression of a premium device. There’s no creaky casings or misaligned buttons here – just a smart-looking, solid handset. Made from two-tone Gorilla glass, the Nord’s rump stands out particularly well. Available in either Blue Marble or Grey Onyx, it’s shimmering aesthetic is reminiscent of the incredible frosted silver finish of the Huawei P40 Pro : our absolute favourite smartphone design of the moment.

In essence, the OnePlus Nord does look and feel as good as ones twice its price – even if it does take a few shortcuts such as its use of a plastic frame instead of a metal one. Round the front things are as you’d expect – a glass, 6.44-inch slab that’s surprisingly easy to navigate with one hand, complete with a pill cutout for two selfie cameras. Our only major gripe is the lack of a headphone jack (we just can’t let that go) and no microSD expandable storage slot.

Behold the Hexacam Given that we count the number of mid-range phones with a half-decent camera on one hand, the real test of the OnePlus Nord’s prowess at this price point is its six-lens setup. Although we approached our testing with mild trepidation, this snapper proved to be a pleasant surprise.

For starters, the Nord packs in the same 48MP camera as its larger OnePlus 8 brother, and it shows. Shooting at 12MP by default, it produces crisp, clear shots, handling contrast and colours well. It lacks optical zoom, but the 2X digital affair is perfectly usable, as long as you’ve got decent light. An 8MP wide-angle lens works well for landscape and architectural shots, and a 2MP macro lens delivers, too, in the rare occasion that you’re lucky enough to spot a suitably relaxed butterfly to pose as a subject. Even the Nord’s selfie game is strong, thanks to the addition of an extra wide-angle lens, which makes cramming in for group shots a much easier experience.

In the dark, things predictably take a stumble. The dedicated Night Mode works well overall, exposing subjects in dim to dark lighting, and the overall colours are actually more balanced and less yellow, compared to shots taken with the OnePlus 8. The same goes for picking up on details in the same conditions as its flagship brother. Perhaps at the cost of over-reducing noise, shots snapped in dark conditions lack crispness and are a tad too soft for our tastes. All in all, camera remains one of the few areas where you get what you pay for when it comes to your phone.

The Nord experience For the most part, we really did we find ourselves forgetting the Nord wasn’t a true flagship. Its AMOLED screen, while “only” 1,080p resolution, is still more than sharp enough at this size and it serves up the punchy colours and true blacks you’d expect. Not only that, but it’s a 90Hz affair too – a feature normally reserved for the cream of the smartphone crop. Snappy and responsive, it’s a surprising yet very welcome feature at this price point.

Under the hood, you’ve got a mid-range Qualcomm 765G processor (offering 5G support out of the box), coupled with 8GB RAM and 128GB storage, or 12GB RAM and 256GB, depending on whether you spring for the £379 or £469 option. Our 12GB RAM review unit felt as slick as we could hope for, proving an able companion for copious amounts of Spotify and Reddit, constantly dipping in and out of Chrome tabs, with some occasional gaming thrown in that occasionally threw up the odd stutter and frame drop in Fortnite .

As for battery? The OnePlus Nord’s 4,115mAh capacity lasted us a day of heavy use and around one-and-a-half days of regular use. With a boxed-in 30W charger that can take it from zero to 70 per cent in around 30 minutes, you’ll be free from smartphone range anxiety. If you’re hooked up to 5G (we weren’t), then you may suffer out a little less stamina, but you’ll still comfortably reach a day or more.

OnePlus Nord verdict OnePlus talked a big game before the Nord’s official announcement and we were pretty sceptical that it could deliver on that “almost flagship” promise. After getting our hands on the thing, it’s an undeniable bargain. One that’s close enough in performance to even the full-blown OnePlus 8, our favourite Android phone of the year so far.

Those who are serious about smartphone photography – specifically zooming in from afar, or shooting in low-light conditions – and/or want a zero-compromise AAA gaming experience may want to look elsewhere. Whether or not you end up spending big on your next handset, the OnePlus Nord is proof that you really don’t have to. That’s a win-win for everyone.