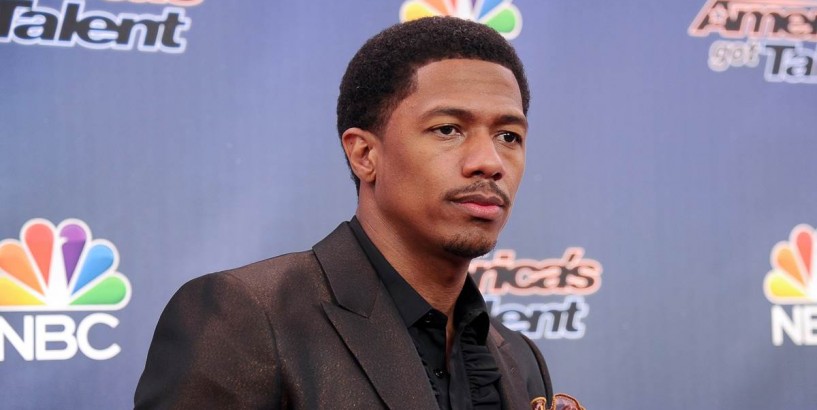 In 2014 I was "canceled": A prominent writer in a major progressive magazine declared me a "toxic" voice in online feminism. My career was ruined. Except my career wasn't meaningfully affected at all; I can't remember much happening outside the immediate moment beyond some awkward questions in an NPR interview . Being "canceled" felt huge at the time, but it is a blip in my rearview mirror now.

Related Opinion Opinion Steve Bannon's New Yorker Festival backlash is a reminder that not everyone deserves a platform That's because, despite the hype, "cancel culture" is largely meaningless for those with platforms and some form of social power, and I had just enough of both not only to survive that moment, but also to push my career forward despite it. And people with access to major media platforms, social or otherwise, gain and lose audience members or readers every day.

Want more articles like this? Follow THINK on Instagram to get updates on the week's most important cultural analysis Take, for example, Nick Cannon, who has been canceled — literally — by his employer, ViacomCBS, for perpetuating anti-Semitism on his podcast in an interview with Public Enemy's Professor Griff. It's true that he will no longer be able to host "The Masked Singer," his comedy sketch series "Wild 'N' Out" or other content for ViacomCBS, but offers are already coming in from Revolt TV, and there will likely be others as he seeks to keep ownership of his longstanding sketch show.

Get the think newsletter.

Too often, discussions of "cancel culture" focus on the theoretical harm done to people with power, instead of the harm they either perpetuated or caused that led to their being "canceled." That's why "cancel culture," outside the internet, is most often called "consequences for your actions."

Can those consequences, in the age of the internet, be disproportionate to the actions or your role in society? Maybe, occasionally. But more often, anti-cancel culture rhetoric has somehow come to center on protecting those who would really lose the least — a few fans or followers among the many they already have or a bit of prestige or influence. In many cases, even the financial opportunities lost in the moment are subsequently replaced, so even those who perhaps feel most keenly that they ought to be protected from losing anything at all don't truly lose out.

Critics of so-called cancel culture are prone to arguing that their losses due to "cancellation" are tantamount to their loss of the right to free speech, which is guaranteed in the First Amendment. There are two major flaws in that argument. For one, the First Amendment explicitly prohibits the government from restricting speech, and having a TV show canceled, an editor lose interest in working with you or fans unfollow your Instagram account isn't the same as having your speech restricted by the government.

Related Opinion Opinion Free speech doesn't mean speech free from all consequences. Even on Twitter. And, of course, no "cancellation" you've ever heard of has stopped anyone from speaking — or you wouldn't have heard of them since. In most cases, all that has happened is that they were free to speak and the public was free to respond, and then they spoke up again to complain about the response. But you can't say you value free speech and then oppose letting people who disagree with your speech have access to a platform to respond — even if they call for your ouster. That, after all, is their right; if you think you ought to be protected from being unceremoniously fired over what you say, then perhaps your beef is with U.S. labor law rather than other people's ability to point out that what you say sucks.

After all, we may not always like the social penalties for speech that is racist, anti-Semitic, sexist or otherwise bigoted — like, say, against transgender people — but no one was ever guaranteed the right to a grandstand without hecklers, even if what they were saying was widely socially acceptable. The marketplace of ideas has always worked best when there is an open and honest exchange, no matter how fraught those exchanges might feel in the moment.

Essentially, those who object to cancel culture are saying that, while they value free speech for themselves, they object to people with less power and reach being able to respond in certain ways. And while they claim they are amenable to debate — and it may be true that they are open to disagreement if they feel their detractors have framed any disagreement in exactly the correct way — it is more often the case that the pushback is deemed acceptable only when it comes from someone they perceive as a social and intellectual equal or when it is wrapped in so many mealy-mouthed platitudes (perhaps about civility) that any genuine emotion behind the disagreement is removed. Debating someone's right to exist based on their race, gender or other marginalization, though, is an academic exercise for those who would never have to face the real-world consequences of losing.

There are, of course, exceptions that prove the rule, but even those people who have been "canceled" in ways we may think were disproportionate often go on with their lives and their careers. Justine Sacco — often the poster child for anti-cancel culture types — published a tweet that led to her being fired in 2015, but by 2018 she was back with her original employer after having worked in the same field for someone else.

Related Opinion Opinion We want to hear what you THINK. Please submit a letter to the editor. Sacco's experience is far from uncommon; in fact many of the victims of a disproportional response to cancel culture have continued to have careers and friends and so on — even if they lost a few fans or some social capital. After the tweets, some public shaming and the obligatory apologies, most have resumed their lives relatively unscathed, minus a few uncomfortable Google searches.

The cancel culture for most of us to fear, then, isn't one in which a brand like Goya faces a boycott for supporting the president over its customer base or one in which a celebrity faces a backlash for wearing blackface; it's one that normalizes actual harm to those who speak against injustice to force them and their communities into silence. In many cases, that harm is imposed by the state — the exact harm envisioned by the Constitution — for acts of speech like journalism. Take Linda Tirado , who lost her sight to an agent of the state who apparently objected to her presence documenting a protest. Other journalists have, of course, been arrested or, worse yet — as in the case of Jamal Khashoggi — killed.

The form of cancel culture that needs to be stopped is the one that punches down, not up; it's the one that does direct and clear long-term harm to the lives (and, yes, careers) of those with the least power in our society. Defending free speech doesn't mean removing social consequences; it means making sure we protect the right of the least powerful to speak to the most powerful among us, even when we don't want to listen to them. It means not letting the powerful dictate who gets to speak, how they speak or even where they speak.

Steve Bannon's New Yorker Festival backlash is a reminder that not everyone deserves a platform Free speech doesn't mean speech free from all consequences. Even on Twitter. Is the First Amendment too broad? The case for regulating hate speech in America Mikki Kendall Mikki Kendall is a writer from Chicago. She has written for The Washington Post, The Boston Globe, Time, Ebony, Essence and other online and print publications.