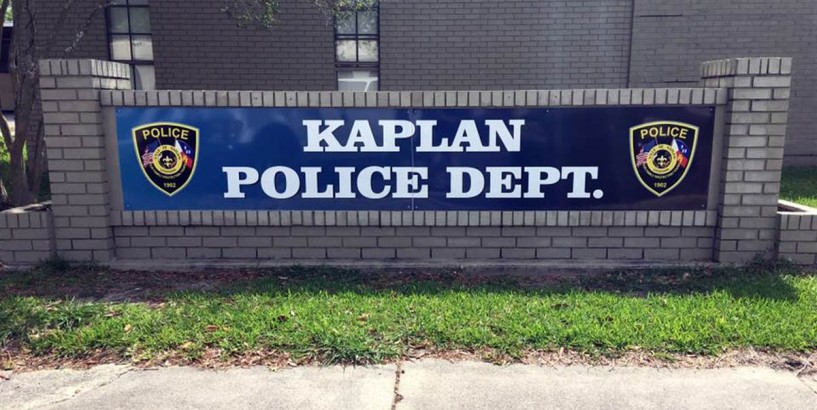 A Louisiana police officer was fired over a Facebook comment that said it was "unfortunate" more black people did not die of the coronavirus. The chief of police in Kaplan, about 87 miles southwest of Baton Rouge, said Officer Steven Aucoin commented under a local news station's live feed of the governor's coronavirus news conference on May 15. Aucoin was fired later that day.

CBS affiliate KLFY in Lafayette, Louisiana, reported that Aucoin's post was made on its Facebook page in response to another commenter who wrote,"virus that was created to kill all the BLACKS is death."

"Well it didn't work," Aucoin wrote, "how unfortunate," according to screenshots shown by KLFY.

The police department said in a statement on its Facebook page that it was made aware of Aucoin's comments. Chief Joshua Hardy "looked into it," and the officer was terminated.

"Chief Hardy and the Kaplan Police Department would like to apologize for this matter," the statement said.

Hardy did not immediately return a request for comment Wednesday. Aucoin could not be reached for comment.

Aucoin had worked previously for the department for eight months and had been back on the force for about three months before he was let go, a spokeswoman for the police department told NBC News.

Hardy said the department does not tolerate such behavior.

He told the outlet the entire Facebook thread was investigated.

"There were some other comments further up that was also not suitable for a police officer to be putting on Facebook," Hardy said.

There have been 38,054 cases of the coronavirus reported in Louisiana as of Wednesday morning, with at least 2,596 deaths, according to state health data .

Aucoin's firing was welcomed by many commenters on the department's Facebook page.

"I applaud your swift and decisive action regarding this matter," one Louisiana resident wrote. "Your willingness to serve notice on bigotry and ignorance is a genuine representation of redoubtable leadership that is necessary during these difficult times."