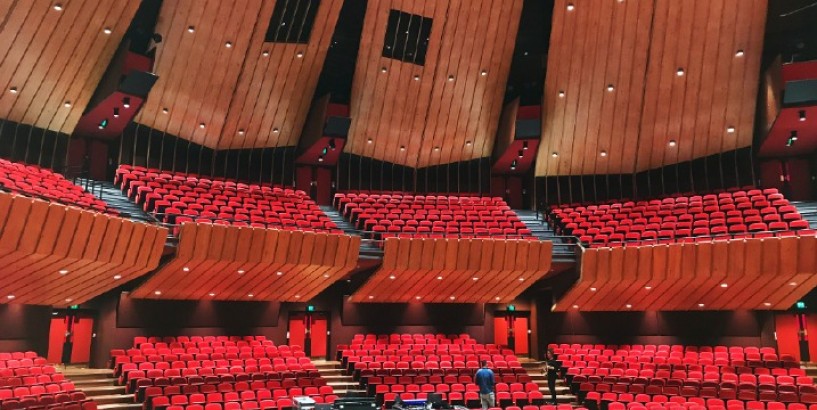 With a growing reputation for his interpretations of Russian composer Sergei Rachmaninov, the Beijing-born and award-winning pianist made his New Zealand debut with the CSO performing Rachmaninov's lyrical and vivacious Piano Concerto No 4.

Described by critics as possessing "an incendiary technique and warm stage presence", Chen has set the music world talking, according to the CSO.

In the warm applause of about 2,000 spectators, Chen also played Rachmaninov's Elegie as an encore.

"Perhaps Rachmaninov's fourth concerto is not the one which has been performed most frequently, but it is a fascinating and unique piece," Chen says.

The performance was held at the Christchurch Town Hall, which reopened to the public for the first time in February following the devastating 2011 earthquake. A city landmark, it is also one of New Zealand's key performance venues.

The 35-year-old virtuoso started playing the piano at the age of 7. After he graduated from the Shanghai Conservatory of Music, he continued his studies, earning his doctorate in the United States.

"When I first heard Moye's audition tape for the Sydney International Piano Competition, the hair on the back of my neck prickled as he launched into Rachmaninov's Second Sonata," says Piers Lane, the competition's artistic director.

Mira Yevtich, the celebrated pianist and co-founder of the prestigious Mariinsky International Piano Festival in St. Petersburg, Russia, says: "Moye's phenomenal talent and artistry are rarely seen, and he is a master of communicating through music ... This young artist is blessed with exceptional technique, brilliant sound, consummate music, and a fascinating personality."

Zhang Kexin, a renowned artist manager and scholar in classical music, says: "Chen Moye is one of the few young pianists who can fully focus on the music itself instead of superficial technical showing off. This is consummate artistic taste."

Chen, who is also an associate professor of piano at the Shanghai Conservatory of Music, believes that performing and teaching are complementary skills.