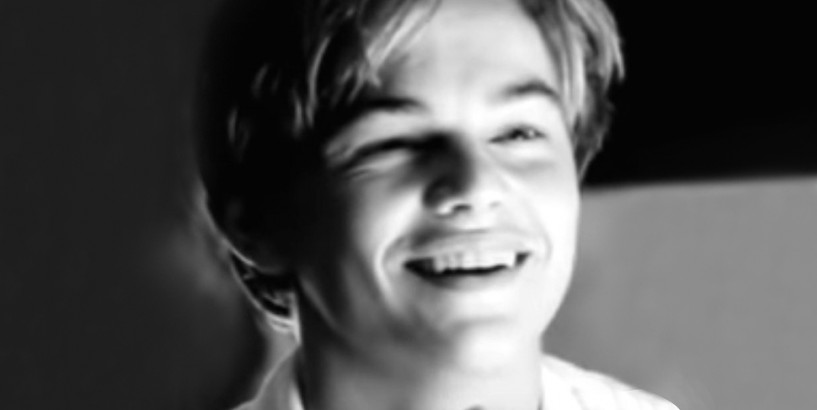 Back in the ‘90s, Leonardo DiCaprio and Tobey Maguire rolled with a crew of Hollywood party boys that included Lukas Haas, David Blaine, and Kevin Connolly. Infamously, the group went by the name the “ pussy posse ,” and together they cut a swath through celebrity nightlife with about all the well-mannered good taste the moniker implied. But some of them also made a movie—one that the more famous of members of the posse really don’t want people to see.

A new feature by The New York Post takes a look at the ill-fated film Don’s Plum , which DiCaprio, Maguire, and Connolly starred in alongside Jenny Lewis and future Buffy the Vampire Slayer actor Amber Benson. The ad-libbed, black and white movie is about a raunchy group of young friends chatting their Saturday nights away in a diner, and it’s easy to see why Maguire and DiCaprio ensured it was banned in most of North America: The improvised characters they play say and do some pretty horrendous stuff.

"You came to me, you wanted to fuck, and now and you’re not giving it up, so get the fuck outta here," DiCaprio’s character, Derek, tells a female character in one scene after she refuses to have sex with him. "Do I have to fucking shove you? Girls make me sick… You disgust me, please. You’re a whore, go."

In another moment, after a woman walks by the group’s table, DiCaprio’s character mocks her. "Send her back to sea bro," he says, "that chick is fat."

One of the movie’s producers and writers, Dale Wheatley, told The Post that one scene was improvised with the intention of egging Benson into quitting the film. In it, DiCaprio’s character, Derek, verbally abuses Benson’s character. "I’ll fucking throw a bottle at your face, you goddamn whore,” he says. Benson tosses her sandal at him, DiCaprio fires back by throwing a glass in Benson’s direction.

According to DiCaprio, the project was originally conceived as a short film, but its director, former child actor R.D. Robb eventually decided to release it as a feature—an idea that he and Maguire were not into.

"It was originally a short film, and then he tried to make it into a feature. I worked one night on it," he told Detour magazine in 1996 . "And I heard all this stuff about how he was going to pit the press against me if I didn't go along with him and do the feature. I just did it as a favor, you know?"

Maguire feared that his performance “revealed personal experiences or tendencies” that could be damaging to his public image.

Without the support of the movie's biggest names, production companies and film festivals backed off. So the filmmakers sued DiCaprio and Maguire, alleging that they pushed for the movie to be blacklisted. The two stars countersued, and eventually, all parties reached a settlement that prevented the film from being released in Canada and the US .

But the ban hasn’t done much to get in the way of the all-powerful internet, and the movie that Leo and Tobey don’t want people to see is pretty easy to find. And just a few years after shooting Don’s Plum , DiCaprio was once again game to play a volatile young man loosely based upon his real-life self, this time in Woody Allen’s 1998 film Celebrity . In black and white, too, no less.

More from EsquireMag.ph See All the Photos from Esquire's Once Upon a Time...In Hollywood Cover Story with Quentin, Brad, and Leo