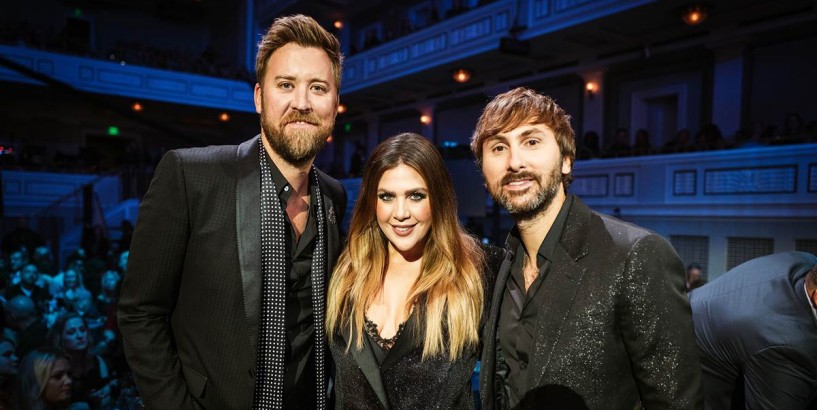 The band Lady A — formerly Lady Antebellum — has filed a lawsuit against a Black woman who has performed with the name Lady A for the past two decades. The band told TODAY they filed the lawsuit after Lady A the blues singer, Seattle-based Anita White, “demanded a $10 million payment" from them.

“…So reluctantly we have come to the conclusion that we need to ask a court to affirm our right to continue to use the name Lady A, a trademark we have held for many years,” the band said in a statement. “We never even entertained the idea that she shouldn’t also be able to use the name Lady A, and never will – today’s action doesn’t change that.”

The lawsuit filed July 8 notes the band trademarked the name Lady A in 2011 — with no opposition — and their fans have called them by the abbreviation since around 2006. The band created promotional materials and advertised on their website using the name Lady A starting in 2008, the lawsuit claims.

In June, the band formerly known as Lady Antebellum announced they would be changing their name to Lady A amid the worldwide protests against systemic racism that followed the May 25 death of George Floyd while in police custody.

“Our hearts have been stirred with conviction, our eyes opened wide to the injustices, inequality and biases Black women and men have always faced and continue to face everyday,” the band said in a statement at the time.

The word “antebellum” comes from the Latin phrase "ante bellum" (meaning “before the war”) and is widely associated with the time period in the United States just before the Civil War — and therefore, is closely related to the institution of slavery.

"But we are regretful and embarrassed to say that we did not take into account the associations that weigh down this word referring to the period of history before The Civil War, which includes slavery," the statement in June said.

The day after the band's name change announcement, White told Rolling Stone she had been shocked by the news.

“This is my life. Lady A is my brand, I’ve used it for over 20 years, and I’m proud of what I’ve done,” she told the outlet. “This is too much right now. They’re using the name because of a Black Lives Matter incident that, for them, is just a moment in time. If it mattered, it would have mattered to them before. It shouldn’t have taken George Floyd to die for them to realize that their name had a slave reference to it.”

White did not immediately respond to TODAY’s request for comment on Wednesday.

View this post on Instagram Today, we connected privately with the artist Lady A. Transparent, honest, and authentic conversations were had. We are excited to share we are moving forward with positive solutions and common ground. The hurt is turning into hope. More to come. #LadyABluesSoulFunkGospelArtist #TheTruthIsLoud @ladya_bluesdiva @dexter_allen_entertainment @oliveriiijohn

In their statement Wednesday, the band said they had prayed and even written a song with White during the call and later via text.

“We felt we had been brought together for a reason and saw this as living out the calling that brought us to make this change in the first place,” they said. “We're disappointed that we won’t be able to work together with Anita for that greater purpose.”

The band added they hope White will reconsider her approach.

“We can do so much more together than in this dispute,” the band said.