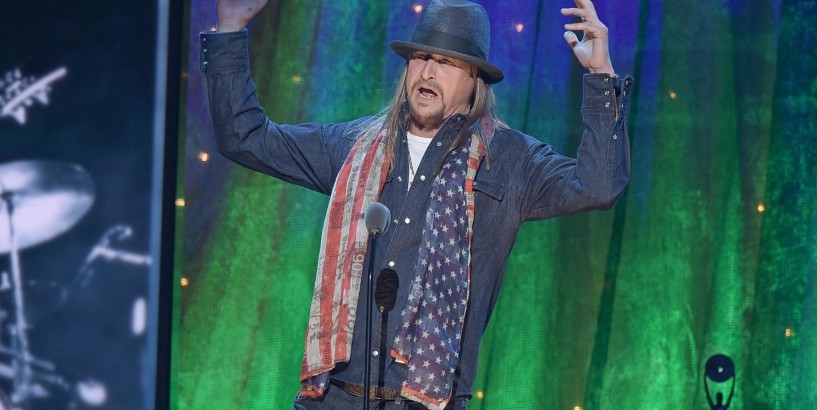 Kid Rock has come under fire after taking a sexist jab at Taylor Swift and her politics.Rock – real name Robert James Ritchie – decided to attack Swift in a crass tweet on Friday.“Taylor Swift wants to be a Democrat because she wants to be in movies... period,” he wrote.From extras.“And it looks like she will suck the door knob off Hollyweird to get there. Oldest move in the book. Good luck girl.”The Trump-supporting rocker took care to sign his tweet with his stage name.Chrissy Teigen, an outspoken critic of the Trump administration, was among those who reacted to Rock’s tweet. She shared it and told the musician: “You’re pathetic” – signing her message “Chrissy Teigen” in an apparent imitation of Rock’s tweeting style.Swift publicly endorsed two Democratic candidates in Tennessee, her home state, during the 2018 midterms, after years of not making political statements.She has since spoken out on topics such as sexism in the music industry and LGBT+ rights.Rock’s tweet has been met with more than 15,000 comments, many of which dismissed his comments against Swift.One person branded his message “sexist”, “ignorant” and “ dripping with jealousy”, while someone else called it “lame and unoriginal”.