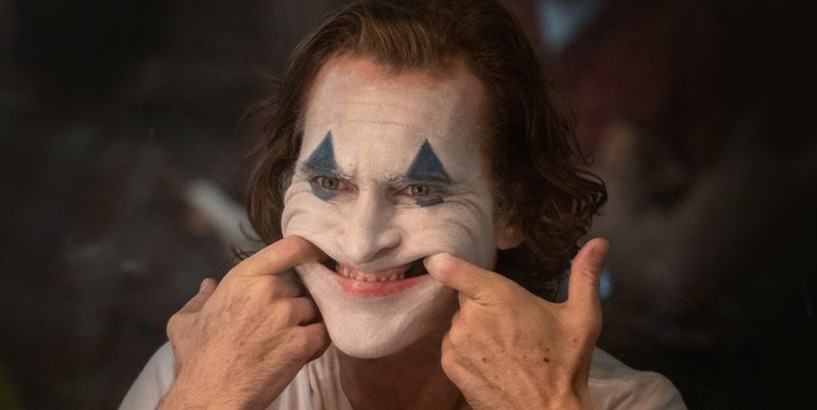 Warning: There are a lot of spoilers in this piece, so if you're fool enough to blunder in here then on your own head be it.

Of the many small fires Joker has started over its opening weekend is its controversial ending. And the bit just before the ending. And some of the other scenes before that. Basically, nobody's entirely sure which bits actually happened and which bits played out in Arthur Fleck's head.

There are a lot of competing interpretations of the reality or otherwise of Fleck's story as his grip on the world loosens. These are the most popular, though given how hard it is to say what actually happened, you're completely at liberty to bodge together your own headcanon from the bits you like of each. Joker might be the first ever choose-your-own-adventure blockbuster.

It all literally happened, except the bits that didn't This is the orthodox interpretation. It's made clear that Zazie Beetz's character Sophie wasn't hanging out with Fleck as he imagined she was, and that he's created this whole relationship in his head after stalking her to work, but otherwise the action plays out as seen on screen. Beetz is reticent to say exactly how much she reckons is real — or if Fleck killed Sophie — but she does think Sophie represents a sense of connection with society at large.

" I think that Arthur's Sophie is what he needs and what he wants ," Beetz told the Hollywood Reporter. "He’s placing that identity on Sophie because in their first encounter, Sophie simply acknowledges his existence. Throughout a big portion of the film, he's trying to find his existence; he’s even questioning himself, 'Am I even really here?' Sophie is a person outside of his immediate circle of his mum and his work."

Everything after the fridge didn't happen You'd probably just thought of the fridge scene as being an expression of exactly how far off the deep end Fleck had gone, but one interpretation is that he killed himself in there and that from there on in, Joker is pure fantasy. It's certainly fortuitous that the call from Murray Franklin's show comes pretty much immediately afterwards. And as public information films have pointed out before , old fridges were airtight deathtraps that were impossible to open from the inside.

Photo by NIKO TAVERNISE/DC COMICS . Then again, as u/SirCharlesEquine pointed out on Reddit: " The Refrigerator Safety Act was passed in 1956 and mandated that refrigerators had to have magnetic-only closing mechanisms ." Presumably he was knighted for services to the white goods industry. We may not have seen Fleck leaving the fridge, but perhaps we did see Joker.

Literally everything didn't happen Others say it was all — literally all — a dream. We did see Fleck banging his head against the door of his psychiatric hospital room early on. The final bit of dialogue in the film, where Fleck tells a doctor who wants to hear his joke that she, "wouldn't get it," is actually a reference to the narrative he's built in his head. Then there's the cartoonish chase around the hospital which closes things out which might not be real either. Director Todd Phillips says this reading has been surprisingly popular.

Photo by Warner Bros. Pictures . " There's a lot of ways you could look at this movie. You could look at it and go, 'This is just one of his multiple-choice stories. None of it happened.' I don't want to say what it is ," Phillips told the LA Times , slightly unhelpfully. "But a lot of people I've shown it to have said, 'Oh, I get it — he's just made up a story. The whole movie is the joke. It's this thing this guy in Arkham Asylum concocted. He might not even be the Joker'."

Oh, and one other potentially useful tidbit: Fleck's final laugh is very different to the others in the film.

"There are different laughs in the movie," Phillips explained. "There is the laugh from Arthur’s affliction and then there is his fake laugh when he’s trying to be ‘one of the people,’ which is my favourite laugh. But at the end, when he’s in the room at Arkham State Hospital, that’s his only genuine laugh in the movie."

More from EsquireMag.ph Ah, So That's Why Joaquin Phoenix's Joker is Set in 1981

This story originally appeared on Esquire.co.uk . Minor edits have been made by the Esquiremag.ph editors.