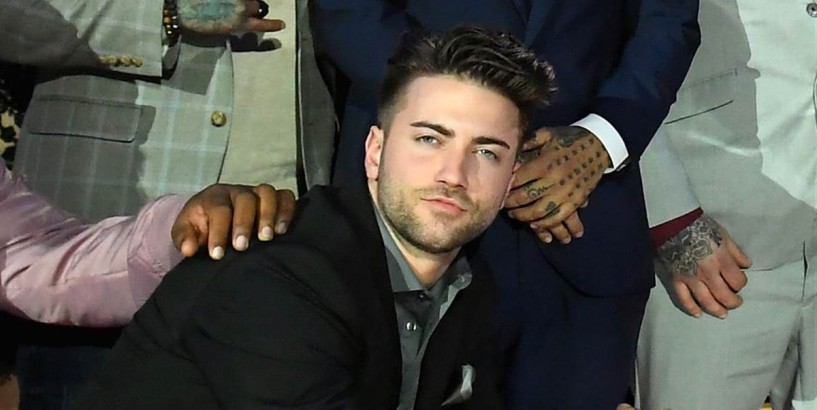 A tattoo artist who appeared on the reality show "Ink Master" was charged with murder Tuesday after he was accused of crashing his car and killing YouTube star Corey La Barrie, authorities said. Daniel Silva, 26, faces one count of murder in the May 10 crash, the Los Angeles County District Attorney's Office said. La Barrie, his passenger, died in the wreck, police said. Police said in a statement that Silva was speeding in a 2020 McLaren 600LT sports car before it crashed into a stop sign and a tree at 9:40 p.m. The incident occurred near North Hollywood. Let our news meet your inbox. The news and stories that matters, delivered weekday mornings. Sign Up This site is protected by recaptcha Privacy Policy | Terms of Service Police said the driver tried to leave the scene but was stopped by people who went to assist. Jail records show that Silva's bail was set at $2 million. It wasn't clear whether he has a lawyer. Silva's arraignment hasn't yet been scheduled. Download the NBC News app for breaking news and alerts La Barrie, 25, had racked up hundreds of thousands of subscribers and millions of views since he began posting on YouTube four years ago. In his last video , posted May 9, he said the next day was his birthday. Silva appeared in "Ink Master" in season 10 of the Paramount Network reality show in 2018. CORRECTION (May 19, 2020, 9:55 p.m. ET): An earlier version of this article and a headline misidentified the agency that is prosecuting Daniel Silva. It is the Los Angeles County District Attorney's Office, not the city attorney. It also misstated Silva's age. He is 26, not 27, according to the district attorney's office. Tim Stelloh Tim Stelloh is a reporter for NBC News, based in California. Andrew Blankstein Andrew Blankstein is an investigative reporter for NBC News. He covers the Western United States, specializing in crime, courts and homeland security.