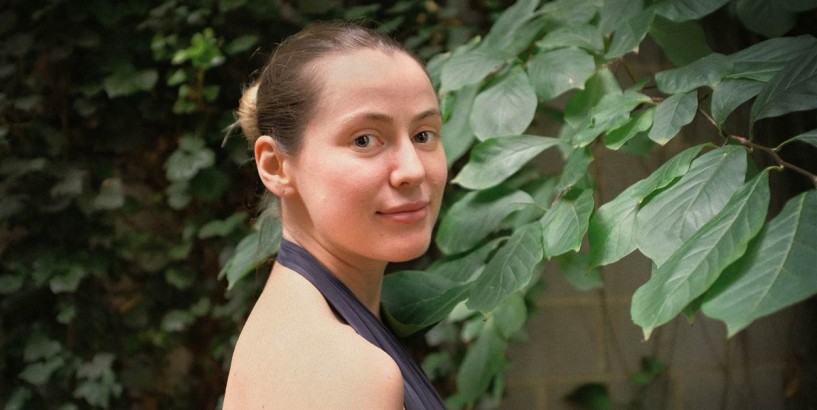 Influencer Caroline Calloway speaks about grief, friendship and that article in "The Cut"

The Instagram celebrity speaks about the New York magazine article by her former friend, Natalie Beach.One hundred and forty-one minutes before Caroline Calloway slid open the glass door leading to the ivy-covered brick back patio of Cafe Grumpy in New York City’s Chelsea neighborhood on Thursday, she got a phone call that her father had died. Calloway, the subject of a highly debated and ferociously shareable article written by her former friend Natalie Beach, published earlier this week in New York Magazine's The Cut , said she noted the exact minute — 12:39 p.m. ET — when she got the call. Afterward, she walked herself to therapy, then home and then to Cafe Grumpy.

Between the walk from therapy to her apartment in the West Village, Calloway, a wildly popular Instagram influencer , shared the news with her nearly 800,000 followers. She felt a numbness, she said, but her mind also flickered with worry about how her followers would judge her still-fresh grief.

“One of my favorite things about doing what I do is posting things no one else would post,” Calloway, who grew in popularity posting whimsical photographs with lengthy captions of her days at the University of Cambridge, told NBC News. “I’m always grateful when people share stuff on social media that I’ve never seen before, because it gives me a bit more strength to hold more space for the unsavory parts of my life that cause me shame.”

"At this moment I'm practicing the skill set of not trying to get you to like me. Like, whether or not you like me, I like me," said Calloway. Chelsea Stahl / NBC News Calloway, 27, chose to go ahead with a scheduled interview with NBC News even after she learned of her father’s death, saying she didn’t really care how people would judge her for it.

Doing the things that she wants to do, that make her happy, is part of her mission to “step into my own power” and have control over her life in the face of the scrutiny that comes with being a well-known online personality.

Calloway came to Cafe Grumpy to discuss the article that had been published in The Cut after learning about her father’s death. In the article, Beach laid bare the story of a friendship that no longer exists, in which she described being enamored with Calloway in their early 20s, ghostwriting some of her Instagram posts and part of a book proposal that never bore fruit. Since the article was published, Calloway has become one of the most talked about people on platforms like Twitter, as readers take sides between the two women and share their hottest take on Calloway’s behavior.

“I get so much s--- for being a mess but the truth is everyone is f up. I just talk about it,” Calloway said.

"I get so much s--- for being a mess but the truth is everyone is f up. I just talk about it," Calloway said. Chelsea Stahl / NBC News But the women share no bad blood, Calloway said, adding that the article is a “work of art,” not a work of journalism. Calloway spent her time with NBC News discussing her still-fresh grief, her former friendship with Beach and the revelations she had reading the article. She also defended Beach against internet sleuths who have attempted to poke holes in her former friend’s story about whether or not the writer worked in a pencil shop, as she claimed in the article, and what types of food the women actually ate together.

“We definitely ate pesto minestrone together and it’s f