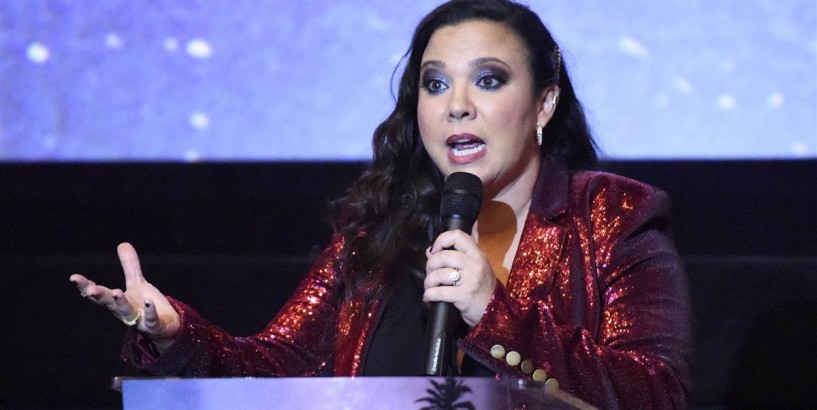 "Representation matters now more than ever at a time when people like us are being deported, being persecuted, being killed," said Mexican filmmaker Issa Lopez.Award winning directors and producers vowed to combat the lack of Latino representation in the TV and film industry through the work they do in Hollywood. Television producer, writer and director Gloria Calderón Kellett is one of them.

During Thursday's Latino Media Fest Awards , which celebrates content creators who are helping make the industry a more diverse and inclusive place, Calderón Kellett said that most of the roles being offered to Latino actors "are still wildly stereotyped."

"That leads to children in cages. That leads to fear-mongering in this country. It is all starts with the narrative. You guys, we have the power to change that narrative — it is so vital. And so important," she said.

Related News News Why is it so hard for TV shows to mirror U.S. Latino presence? The awards were hosted by the National Association of Latino Independent Producers , which for the past 20 years has advocated on behalf of the largest ethnic minority in the U.S. that also happens to be the most underrepresented in Hollywood. A recent NALIP study, conducted in collaboration with the USC Annenberg Inclusion Initiative, found that only four percent of the 100 top-grossing films from 2007 to 2018 were helmed by Latinx directors — and only three percent featured Latinx lead actors.

"This is unprecedented," NALIP executive director Ben Lopez told Variety before the ceremony, referring to the event's focus on Latinx storytellers. "We believe that if you showcase them and give them time and exposure, they're going to be able to launch themselves as global superstars. And that's why NALIP is here — to be that supporting organization."

Related News News Shakespeare with a Puerto Rican accent? Remembering Raúl Juliá Added Mexican filmmaker Issa Lopez, who was honored as Best Latin American Director for "Tigers Are Not Afraid": "Representation matters now more than ever at a time when people like us are being deported, being persecuted, being killed."

Recently, Netflix renewed the violent drama, "Narcos," but canceled Calderón Kellett's sweet, non-stereotypical sitcom, "One Day at a Time," which NALIP named Best Latinx TV Show. Following a social media campaign to save the series, it was rescued by Pop TV and will return in 2020 .

"We're culture makers," Calderón Kellett said, referring to her fellow content creators in the crowd. "It's fun but also it impacts society in ways that you cannot possibly understand."

Issa Lopez at the Latino Media Fest 2019 at AMC Century City 15 Theater in Century City, Calif. Vivien Killilea / Getty Images for NALIP The show runner reflected on her parents' journey from Cuba to America in 1962. "Their immigrant story is very different than the immigrant story we have today," Calderón Kellett said. "They were seeking asylum — sound familiar? They were exiled, they were welcomed to this country, they were given a path to citizenship — and as a result, in one generation, I am now telling the story of their life."

However, Latinx characters continue to be less visible; they account for only 4.5 percent of characters in movies, according to the Annenberg study.

Variety Nicole Acevedo Nicole Acevedo is a staff reporter at NBC News Digital where she reports, writes and produces content for NBC Latino and NBCNews.com.