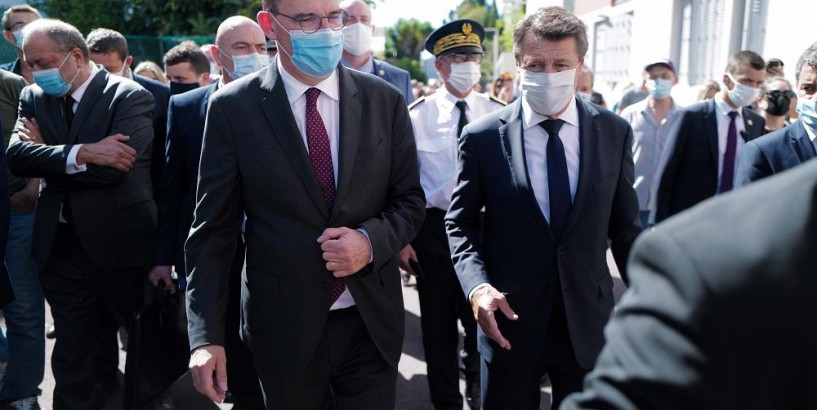 The instant fines will be put into practice in September, Castex said while on a trip to the southern port city of Nice.

In recent weeks, 200 euro fines issued by police have been tested in several cities in the country such as Reims and Rennes.

France is Europe's leading consumer of cannabis and comes in third place for cocaine use.

Why is the fine being brought in? Under a French law already in place, illicit drug users can be punished with up to a year in prison and a 3,750 euro fine.

But the law which dates back to 1970, sees few users being imprisoned.

The measure will help the police to "apply a sanction without delay" and should be effective against targeting drug dealers at the point of sale "which plague the districts", Castex said.

He was speaking in Nice's Moulin district, which has witnessed drug related violence in recent days, including shots being fired outside a supermarket in broad daylight this week.

In a separate development on Saturday, a young man was found dead in a cellar in Nice but the cause of death was unclear.

He said "justice has been neglected for too long”, as he announced 60 new police officers would be deployed to Nice, the capital of the French Riviera, to fight crime and drug-trafficking.

He also said 150 additional jobs would be created to "strengthen local criminal action for the repression of everyday delinquency".

How will the fine work? If the 200 euro fine is paid within two weeks, it will be reduced to 150 euros.

If paid within two weeks the fine will be reduced to 150 euros but will rise to 450 euros unless settled within 45 days.