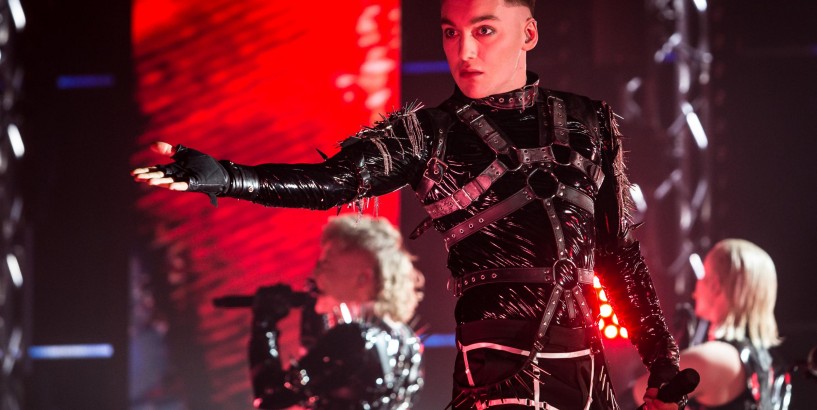 Eurovision 2019 is finally upon us, and the first round of performances have taken place at the semi-final in Tel Aviv , Israel, with millions of people tuning in to watch the world's biggest singing competition.This year's winner is anyone's guess, with frontrunners including The Netherlands, Iceland , Spain and Sweden. Of the 41 countries participating in the 2019 Eurovision Song Contest , 17 took the stage for the first semi-final but only 10 made it through to Saturday's competition: Greece, Belarus, Serbia, Cyprus, Estonia, Czech Republic, Australia, Iceland, San Marino and Slovenia.From extras. See our thoughts on each of the 17 performances, below: Cyprus - Tamta with "Replay"This is an upbeat, brassy electro-pop number, and Tampta is channelling Madonna tonight in a black latex outfit and wet-look hair with red lipstick. It's pretty bog-standard to be honest, especially compared to the county's offering last year, which ended up with second place. The performance itself is also fairly "meh", with some cowboy backing dancers (we don't know why either) and patchy vocals from Tampta. Montenegro - D mol with "Heaven"This one is actually worse than Cyprus. I'm getting gospel vibes but also some weird Celtic folk influences. It's like watching a particularly disorganised church choir. Finland - Darude feat. Sebastian Rejman with "Look Away"Slightly better for production value than the first two acts, but remember this is a man who once admitted himself that he cannot sing. He wasn't wrong.