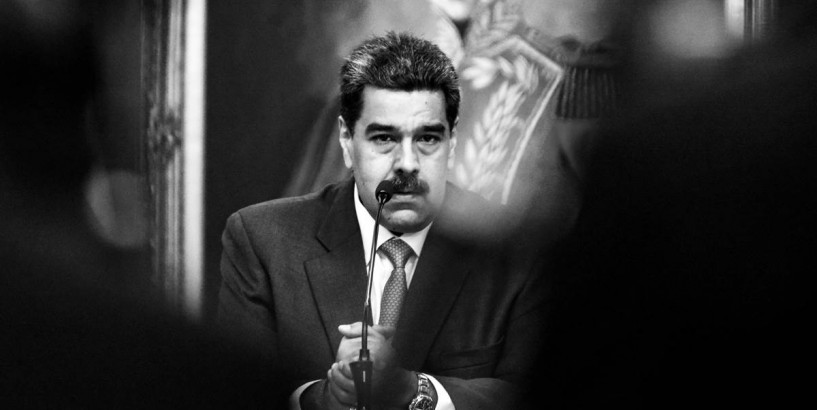 MIAMI – The Biden campaign and Florida Democrats are zeroing in on President Donald Trump’s comments that he would be willing to meet with Venezuelan president Nicolás Maduro. Trump said in an interview published by Axios Sunday evening that he is open to meeting with Maduro and that he’s had second thoughts about recognizing Juan Guaidó as the legitimate leader of Venezuela.

“You lose very little with meetings,” Trump said about potentially meeting with Maduro.

The statements caused an uproar among political circles in South Florida, a pivotal swing state that Trump needs to win in order to be reelected in November.

It’s also home to tens of thousands of Venezuelan registered voters who strongly oppose Maduro. Many of them have embraced Trump because of his tough talk on socialism and strong sanctions against Venezuelan oil as well as government officials. The Justice Department indicted Maduro and former regime officials on narco-terrorism and corruption charges three months ago.

Democrats quickly jumped on the comments. By Sunday night, Former Vice President Joe Biden tweeted “Trump talks tough on Venezuela, but admires thugs and dictators like Nicolás Maduro.” He also took jabs at him during a virtual fundraiser Monday night.

In an effort to distance himself from his comments, Trump tweeted Monday morning, “Unlike the radical left, I will ALWAYS stand against socialism and with the people of Venezuela.” The tweet went on to say, “my Admin has always stood on the side of FREEDOM and LIBERTY and against the oppressive Maduro regime! I would only meet with Maduro to discuss one thing: a peaceful exit from power!”

Not letting up The Biden campaign is not letting up and is releasing Spanish-language radio and digital ads in the Miami market later in the week, targeting Trump for his openness to meet with Maduro. The digital ads will appear on Facebook, Instagram, and Youtube, while the radio buy will air on Spanish-language stations popular among Venezuelan-Americans and Cuban-Americans.

Related Latino Democratic congressional members from Florida — Donna Shalala, Darren Soto, Debbie Wasserman-Schultz, and Debbie Mucarsel-Powell — all with heavy Venezuelan populations in their districts—participated in a virtual conference call Tuesday blasting Trump for his openness to meet with Maduro.

“For him to say he would embrace Maduro is unacceptable to the people of our community,” said Rep. Shalala, who is up for reelection in November.

The congressional Democrats slammed Trump for not providing Temporary Protected Status or TPS to Venezuelans who have been fleeing political and economic turmoil at home. Trump has the power to grant TPS without congressional approval but has not done so.

“His sole objective is to trick enough of the 400,000 Venezuelans in Florida just long enough to try to get reelected,” said Rep. Soto.

Mucarsel-Powell, who is also up for reelection in a vulnerable seat said: “Taking a meeting with Nicolás Maduro shows that he has complete disregard for freedom and democracy and undermines the gains made by the legitimate president of Venezuela Juan Guaidó to restore democracy.”

Trump and other Republicans have coalesced in a messaging strategy focused on calling Democrats socialists and telling voters the party has veered too far to the left.

Some Florida Republicans distanced themselves from the Sunday night comments.

Florida Republican Senator Marco Rubio, a Trump ally and an influential advisor on Venezuela policy tweeted Monday, “we have always had some great allies on this cause in both parties. But what is ridiculous is the criticism from Biden & those democrats who fought me on, blocked, opposed & criticized sanctions for years & had no problem with Obama meeting a Raul Castro who keeps Maduro in power.”

Trump deputy communications director, Ali Pardo, wrote in an emailed statement, “if Joe Biden wants to make his Florida campaign about Venezuela, we would gladly welcome that debate.”

“As vice president, Joe Biden palled around with Maduro and joked chummily about his hair. President Trump has imposed the toughest sanctions ever on the Venezuelan dictatorship,” the statement said.