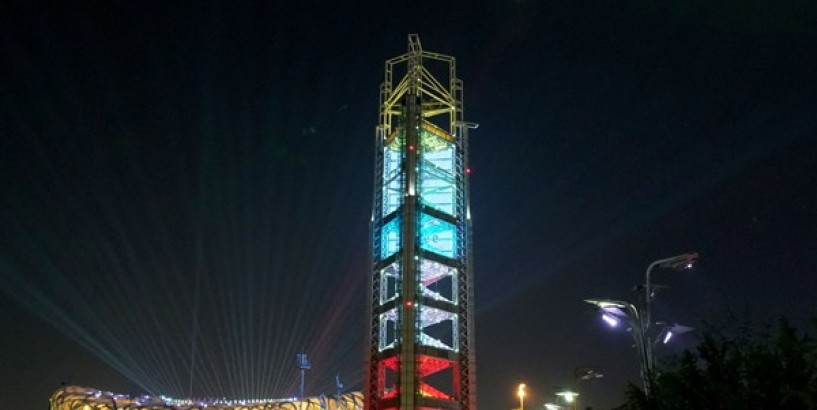 As part of the Conference on Dialogue of Asian Civilizations, which will open in the capital on Wednesday morning, the carnival will present song and dance performances and parades by artists from Asian countries and regions.

According to China Media Group, the organizer of the carnival, it will display Asian cultures and promote cultural exchanges as well as deepen understanding.

The carnival will take place on a stage occupying around 150,000 square meters, the biggest stage built at the National Stadium so far.

Musicians from several Asian countries will jointly perform the theme song of the carnival, Our Asia, which was written by Chinese lyricist Zhu Hai and composer Wang Bei and features musical elements from Asian countries.

According to one of the carnival's directors, Yang Dongsheng, the carnival plans to present more than a dozen different shows. It also aims to provide a platform for Asian artists to interact with the audience.

"It will tell stories of a dynamic and colorful Asia through the arts," said Yang.

For example, a dance piece, called Passion of Fire, will be performed by artists from countries including China, Indonesia, Armenia, Lebanon and Turkey.

"This dance piece will showcase the distinctive features of Asian civilizations. Artists worked together on this program, which is universal and diver-sified," said choreographer Wang Di.

Chinese cultural elements are an important part of the carnival, from stage designs to musical instruments, such as the bamboo forest stage set and Chinese percussion.

Yang noted that the use of high-tech will be one of the highlights of the carnival. With LED screens combined with videos, still photography and special effects, the carnival will be turned into a multimedia spectacle.

Actors, dancers and singers will interact with the automated movements of the LED screens, the stage and visual elements to create a constantly changing set.

"The mobile LED screens, especially the flying ones (pulled by wires), will create a 3D effect without glasses", Yang said.

The Conference on Dialogue of Asian Civilizations, with the theme of "exchanges and mutual learning among Asian civilizations and a community with a shared future", will gather more than 2,000 officials and representatives of various circles from 47 Asian countries and countries outside the region together in Beijing.