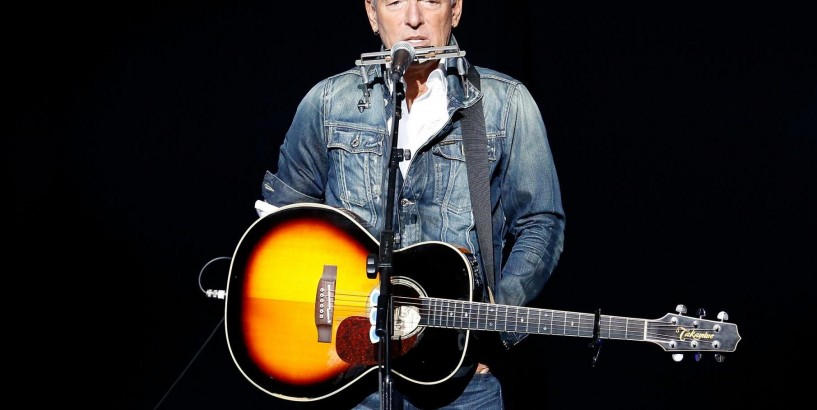 Bruce Springsteen has announced the upcoming release of a film based on his album Western Stars .The musician made the revelation on Wednesday during a 10-minute chat with Sirius XM .“We’ve got a film that’s looking good, so that will be exciting,” Springsteen first told E Street Radio hosts Dave Marsh and Jim Rotolo.From extras.Asked whether the movie would come out within the calendar year, Springsteen confirmed, then added: “Oh, I’m on the air!”, apparently unaware that that had been the case.He laughed and further discussed the film, explaining that he had worked on it with Thom Zimny, the director of the Netflix special Springsteen on Broadway . “We made of the Western Stars album,” he continued. “I play the record start to finish along with some other things.“We knew we weren’t going to tour so I was looking for a way to get some of the music live to the audience and we figured that was the best way to do it.” Western Stars , Springsteen’s 19th studio album, came out in June and has been positively received by critics and fans.Springsteen explained in his Wednesday interview that he had been unsure of what reaction to expect as he thought the record was ”a little off to the left” compared to his previous work.