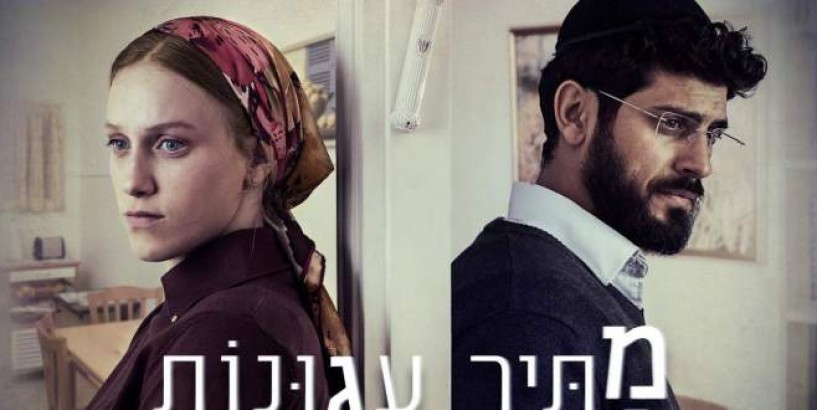 Could “ Unchained ” be the next “ Shtisl ” or “ Unorthodox ?” Find out by watching this award-winning new Israeli TV series set in the insular Haredi community. This special Boulder JCC presentation, offered for the month of August, includes a link to all episodes in the first season, and a panel discussion on Monday, August 31 at 5:00 pm.

“ Unchained ” is a fascinating detective drama and a quirky personal story of love and identity that tells multiple tales each episode. Its title refers to so-called chained women – agunah – whose husbands refuse to give them the religious divorce, or gett, that would allow them to move on with their lives.

Yossef (Aviv Alush, “ Beauty and the Baker ,” “ Women’s Balcony ”) is a devout but volatile rabbi working for Israel’s Rabbinic Court whose unconventional methods to help free women display a touch of obsession. At home, he faces a mystery in the person of his enigmatic wife Hannah (Avigail Kovary, “ Red Cow ”).

He struggles to save his own marriage just as he frees women from a cruel bondage.

“Smart and wondrous direction of an intelligent script.” (Haaretz)

“ Unchained ” is not available through the usual streaming channels but the producers have made the series available for our community for a 20% discount using THIS LINK . You have the whole month of August to binge watch this show and then join us for a panel discussion with several guest speakers, moderated by Boulder Jewish Film Festival Founding Director, Kathryn Bernheimer. Share with a friend!