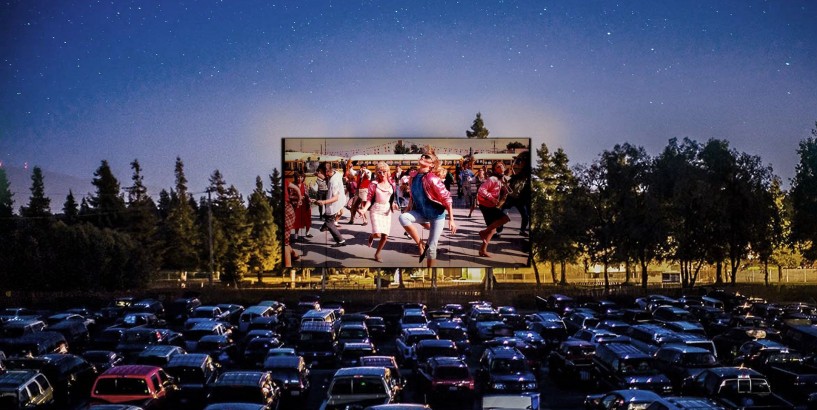 Best drive-in cinema in the UK this summer

Who could have foreseen the resurgence of drive-in cinemas at the beginning of 2020? Certainly not us…

Yet, as the pandemic continues to restrict our social lives, and in spite of the imminent reopening of movie theatres across the country, the drive-in is currently looking like the most attractive movie-going experience on offer to us at the moment.

And, thankfully, a bunch of savvy cinema folk have pulled together to create some pretty enticing drive-in experiences all around the country, which might just transport you far, far away from coronavirus Britain to 1950s post-war America. Grab a hot dog, a shake and settle in for that inevitable screening of Grease …

Here are the best drive-in cinemas in the UK.

London Luna Drive-In – Allianz Park, NW4 and Printworks, SE16 The people behind Luna Cinema – a tried-and-tested outdoor screenings company who have set up shop in Royal Hospital Chelsea and Hyde Hall in summers past – have started a range of drive-in cinemas throughout the country, with two outposts in London. They'll be showing a host of old and new films at both venues, but the pick of the bunch has got to be the screening of Bong Joon-ho's Parasite at Printworks on Thursday 9 July. Plus, you can get popcorn delivered right to your car window…

Tickets from £40 for a car with two passengers (additional passengers £5 each). lunadriveincinema.com

Drive In Film Club – Alexandra Palace, N22 Screenings of Toy Story, Do The Right Thing, Black Panther and many more will take place at Alexandra Palace throughout July. It's been set up by the people behind Rooftop Film Club and it was a thing long before the pandemic started (nostalgia-tinged movie-going experiences have been in for a while). There are two screenings a day, at 5pm and 8pm, and Camden market vendors Popdogs (spruced-up hot dogs) are on the menu.

The Drive In – Troubadour Meridian Water, N18 From 4 July, the new Troubadour venue in Enfield will host a series of no-contact, socially distant screenings of films such as Get Out, Dirty Dancing, Grease and 1917 . There will be alcohol available to buy and American diner-style burgers and hot dogs from Nanny Bills.

Sunset Cinema – Twyford Avenue Sports Ground, W3 You can catch screenings of Space Jam, The Great Gatsby and Mamma Mia! in West London throughout the month of July. Dirty Bones will provide the grub – burgers and such – which can be preordered and cars will be spaced two metres apart for a bit of added peace of mind.

Tickets from £55 per car with two passengers (additional passengers are £15). sunsetcinema.co.uk

Rest of the UK Luna Drive-In – Leeds, Manchester, Oxford, Warwickshire, Herts The Luna cinema will also be hosting screenings in multiple other venues across the UK: Blenheim Palace in Oxford, Warwick Castle, Knebworth House, Tatton Park in Manchester and Harewood House in Leeds, with more venues to be announced. Fittingly, Knebworth has got some great music films lined-up, including Rocketman, La La Land, A Star Is Born and a Grease singalong.

Tickets from £35 per car with two people. More info on venues and showings available at lunadriveincinema.com

At The Drive In – Birmingham, Manchester, Cardiff, Newcastle, Edinburgh, Glasgow, Liverpool and beyond At The Drive In is set to tour around the United Kingdom, with shows in several major cities in Scotland, England and Wales. This will commence in South London from 6-12 July, through to a final runout in Brighton in October. Like every single one of these drive-ins, they're showing Joker , for some reason, alongside Jaws, The Lion King and Back To The Future .

Tickets from £35 per car. More info on every location, film times and more at atthedrive.in

The Star And Mouse Picture Show will also be on the move around the country, bringing drive-in screenings – as well as some extra bits, such as a prescreening DJ set – to Helmingham Hall in Suffolk, Wasing Park in Reading and a few other locations (listed via the link below). You can catch screenings of Breakfast At Tiffany's , last year's brilliant whodunnit Knives Out and Some Like It Hot , among others.

Tickets from £25 per car with two passengers (extra passengers are £4 each). More info on locations and screenings at starandmouse.com