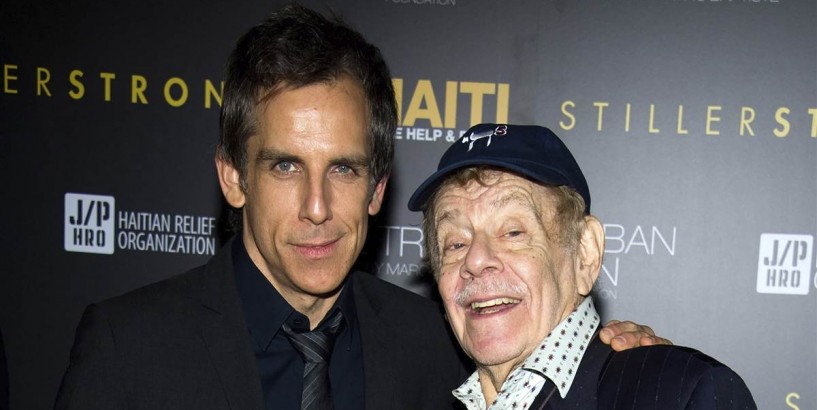 Ben Stiller on dad Jerry Stiller: 'He never stopped being amazed' by his success

Frank Costanza couldn't go one episode of "Seinfeld" without having a screaming outburst at his family, but the man who played him was the complete opposite as a parent in real life. Ben Stiller, 54, shared memories on "TODAY" Thursday of the parenting style of his father, comedy legend Jerry Stiller, who died at 92 earlier this month of natural causes.

"First of all he never, ever yelled at me once in my whole life," Stiller told Savannah Guthrie. "He kind of kept it all under the surface. He was very overprotective and loving."

Ben Stiller and his father Jerry Stiller arrive at the Help Haiti benefit honoring Sean Penn hosted by the Stiller Foundation and The J/P Haitian Relief Organization, in New York on Feb. 11, 2011. Charles Sykes / AP file Stiller remembered the first time he walked to school five blocks away from their home in New York City as a kid in 1974 only to see a familiar presence.

"My dad was nervous so he followed me," Stiller said. "He literally followed me in a car to the point where the police stopped him because they thought that he was stalking me. He was that nuts.

"He wanted nothing bad to happen to his kids. Sometimes that could drive you crazy as a kid because you need to sort of live your life, but he was always there for us whenever we needed him."

His father's death prompted an outpouring of support from his fellow "Seinfeld" stars as well as comedians and fans from around the world.

"He would've loved it," his son said. "He would've felt good ... it filled him to be able to perform and connect with people and be able to make them laugh. He was a kid from the Lower East Side, grew up very poor, and to have the big career that he had, I think he never stopped being amazed by it or appreciating it."

Even after all his son's success, Jerry Stiller's protective nature toward his children extended well into their adulthood.

Stiller, who talks more about Jerry in the upcoming edition of Sunday TODAY with Willie Geist , remembered his father's reaction to a bad movie review he received about 15 years ago. He and his family happened to be living in the same New York City apartment building as his parents at the time.

"A movie came out and it got a bad review that I was in, and there was a note slipped under my door the morning after from my dad saying, 'I read the review in the (New York) Times, don't worry, I'm gonna write to the guy and take care of it.' That was my dad."

Stiller also reflected on his father's loving 62-year marriage to his late mother, Anne Meara . The two starred together as a comedic team in the 1960s and worked together again in their later years on "The King of Queens."

Stiller shared a sweet vintage clip of them singing "Do You Love Me?" from "Fiddler on the Roof" together during a television appearance.

"They found each other and they were there for each other. Not to get too sappy, but I feel like they're connected again,'' he said.