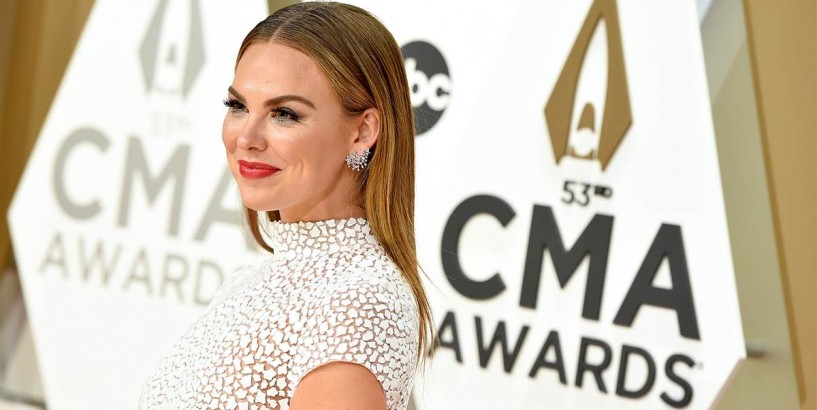 Hannah Brown has apologized for using the N-word on Instagram Live over the weekend. The former pageant queen from Alabama sang along to a song by rapper DaBaby that included the racial slur, which she did not omit. "I owe you all a major apology," she wrote in a statement posted in her Instagram Story on Sunday. "There is no excuse and I will not justify what I said. I have read your messages and seen the hurt I have caused. I own it all. I am terribly sorry and know that whether in public or private, this language is unacceptable. I promise to do better." Rachel Lindsay , the first African American lead on "The Bachelorette," slammed Brown for using the racial slur. Chris Harrison and Rachel Lindsay on "The Bachelor: The Women Tell All," on ABC. Kelsey McNeal / ABC The Morning Rundown Get a head start on the morning's top stories. Sign Up This site is protected by recaptcha Privacy Policy | Terms of Service "I honestly ... didn't want to have to do this," Lindsay said in a video posted Sunday to Instagram TV . "To be honest, I'm tired. I'm so tired of feeling like I have to be the one to say something. "It's easy to make a statement. It's easy to hide behind words, but when you're bold enough to say the N-word on camera, on your platform ... then you need to be bold enough to use your face on camera and apologize in the same way that you said the word," Lindsay said without naming Brown in the more than 8-minute-long video. Lindsay, a lawyer from Texas, said that she was not discrediting Brown's apology but that she was personally offended. "I'm just saying that we can't give people a pass for this," she said. "We have to hold people accountable for what they're doing." Lindsay said that she was "so disheartened and upset" by the people who were telling her in the comments of her photos or in direct messages "to take it easy" or to brush it off because Brown apologized. "Those are the same people who don't look like me, who aren't personally offended by that word," she said. "You should feel disgusted when you say that word. You should feel uncomfortable." Rather than "dragging" Brown, which Lindsay said she is not in the business of doing, she said she felt it best to speak to Brown about how she was personally hurt and offended. "That word has so much weight and history behind it. If you don't know, please do yourself a favor because it's probably not in your history book at school ... educate yourself on that word." Lindsay said the word is still used to spew hate and was used to injure people and make black people feel less than. "It was used to make them feel inferior and every time you use that word and you aren't black, you give that word power," Lindsay said. "And that is why that is wrong. I don't care if you are singing along to it in a song. "Non-black people should not feel OK about saying that word. It's wrong," she said. "You wouldn't say it on TV. You wouldn't say it on the radio. You wouldn't say it in front of your black friends." Janelle Griffith