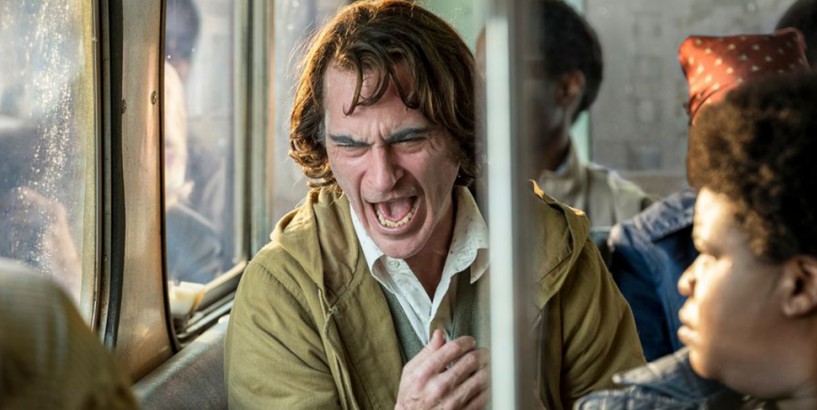 A Cut Scene From The Joker

Todd Philips’ Joker, a two hour grind of unrelenting misery and ultra-violence, was arguably lucky to avoid an 18 certificate. In fact, according to the director, an ‘insane’ deleted scene involving a bathtub may have pushed the film over that line.

Speaking at a Santa Barbara International Film Festival Q&A session, Philips recalled a piece of improv by Joaquin Phoenix that was left on the cutting room floor in fear that it would scupper the film’s rating.

“There were two or three other [impromptu scenes] we shot, one that is amazing in a bathtub, but I don't think we can actually include it in an R-rated (UK equivalent: 15) movie and it's not because it was pornographic, it was just insane.”

So what could it have been? The only bath segment we can remember is Arthur wringing out his mum's hair. Given Philips' rants against "woke culture" , maybe Arthur was just boring her with some weak 'un-PC' material from his upcoming Netflix comedy special. Maybe he finally cracked out some shampoo? Who knows.

A lot of Phoenix’s improvisation found its way into the final film, including his decision to climb into a fridge, his well-received dance scenes, and the accidental gun-shot Arthur lets off in his mother’s apartment.

Addressing those scenes in an interview with /Film , Joker cinematographer Lawrence Sher revealed: “While some scenes were very planned out, like when he’s in the phonebooth or walking up the stairs, others had no plan at all. When he climbed in the refrigerator, we had no idea he was going to do that.

More from EsquireMag.ph Todd Phillips Cut a Joker Ending That Would Have Confirmed Sophie's Fate

"We set up two camera positions, and Joaquin just thought about what he would do if he was a massive insomniac. Again, we lit it so he could go anywhere, and the first and only time he did it, we were mesmerised. I remember thinking, ‘What is he doing? Did he just crawl in the fridge?’ It was as fun and weird for us to watch it, too.”

Sher went on to say that the decision to include more dance scenes stemmed from the impact of Phoenix’s original piece of improv.

“Joaquin created that whole dance and, after the success of that scene, we started creating more moments like that. Like when he’s playing with the gun and fires it into the wall. All we knew was that he’d fire the gun into the wall at some point, but we never planned when or knew that he’d stand and have that conversation with himself and begin dancing.

"We just had two cameras in there and let it happen, which became a major part of how we did a lot of things.”

This story originally appeared on Esquire.co.uk .