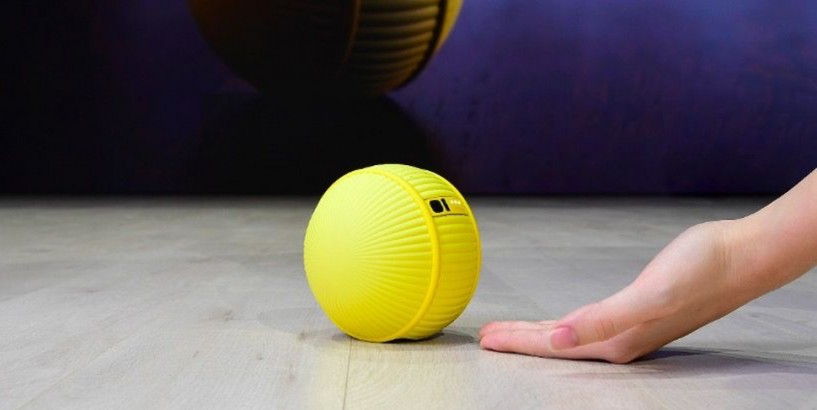 No flying cars or AI robots here. This groundbreaking new tech will actually see the light of day in 2020.

A tennis ball-shaped rolling robot that follows you around the house. What can it do? Well, it can act as a fitness assistant and activate smart devices to assist with household cleaning. It will also respond to commands, such as “Come here, Ballie” and reply with a jingle when you ask it to “Say hi". But mostly it's for fun – your own personal BB-8, complete with bleep-bleurp sounds. Skittish, loyal and thwarted by stairs.

Withings ScanWatch Photo by WITHINGS . There are plenty of “hybrid” smartwatches on the market – connected timepieces that look like analogue watches. Withings has produced a few of them, but its new ScanWatch goes big on health tracking. A 30-second ECG reading can be taken via three built-in electrodes in the watch, while a sensor tracks your oxygen saturation while you sleep, to help detect sleep apnea. The addition of a digital crown to dismiss notifications, set alarms, etc does away with any touchscreen functionality, making this more like a traditional watch than ever before.

Lenovo ThinkPad X1 Fold Photo by LENOVO . Lenovo’s ThinkPad X1 Fold is a computer with a folding OLED screen. It's calling it the “world’s first foldable PC” and joins a cluster of foldable tech this year. Hold the tiny laptop in your hand like it’s a novel, or open up the screen full-size and use the keyboard wirelessly. A futuristic, versatile solution that eliminates the tablet/ laptop debate.

Joué Play Photo by JOUE . A pleasing instrument that simplifies music making. Connect the wooden board to four brightly coloured silicon modules and you can make beats, add distorted guitar solos or knock out synth riffs a la Daft Punk. The French company’s aim is to democratise music making – it claims to be able to make a viable musician out of any music fan.

Samsung Sero Photo by SAMSUNG . Taking phone mirroring to its logical conclusion, Samsung's new TV flips between standard wide-screen mode and vertical portrait mode just like your phone . Samsung says its designed for “the mobile generation” – though that surely means everyone by now – and allows you to view vertical videos from Facebook, YouTube and your own phone the way they were filmed, on a 43-inch screen. Bonus points if you own a Samsung Galaxy phone: you can sync it with the TV so it rotates as you turn your phone.

Dell XPS 13 (2020) Photo by DELL . This already superlative laptop is getting some 2020 tweaks. A new, taller display that's 25 per cent brighter, with an 'Infinity Edge'. They've enlarged the trackpad, and reduced the overall size so it's thinner and lighter than previous versions.

Cleer Audio Crescent Photo by CLEER AUDIO . A smart speaker that makes a statement – and a bold move away from the glut of cylindrical offerings elsewhere. The US audio brand is a relative newcomer and this crescent moon-shaped device is its first loudspeaker. It supports Hi-Res Audio and can stream Spotify, Apple AirPlay and Chromecast, or music over Wi-Fi. Its eight custom 40mm drivers pack a punch but the Crescent’s USP is its looks. A future design icon to rival Bowers & Wilkins Zeppelin?

Celestron StarSense Explorer Photo by CELESTRON . A telescope you don’t need to be an astrology expert to enjoy. Celestron has retooled this model to incorporate smartphone compatibility, meaning you can analyse the night sky, identify constellations and and calculate star positions in real time, using an app and detailed tutorials. Which is both educational, and makes stargazing sound a lot more fun.

This story originally appeared on Esquire.co.uk .