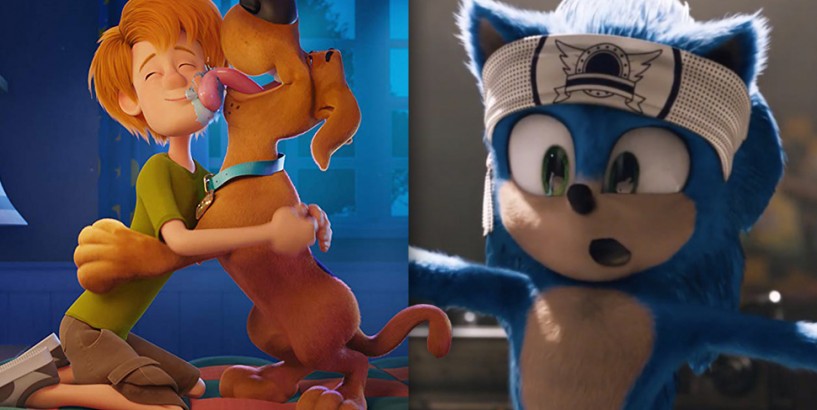 You can take the kid away from cartoons, but you can’t take the cartoons out of the kid. That sounded better in our head, but we think you get the gist. The kid in all of us lives on, and 2020 is the year that cinemas will have us waxing nostalgic for our childhood.

Flashback to the lazy summers of the ‘90s and ‘00s when you’d sit in front of a box-shaped TV waiting for Johnny Bravo, Dexter (the kid, not the killer), or Jimmy Neutron to come on. This is one throwback we’re stoked for, sans the buckteeth, overalls, and orthodontic headgear of our youth.

We feel no shame in saying how excited we are to relive our Cartoon Network, Nickelodeon, Disney Channel, and PlayStation days. As C.S. Lewis once said, “Some day, you will be old enough to read fairy tales again.” And we hope this applies to cartoons too.

Here are the five nostalgic cartoons from our childhood that are getting fully-fledged 3D reboots in 2020. And to the Gen-Zs reading this, here’s where to start your cartoon education.

The upcoming computer-animated film follows how the Scooby gang met and their spooky adventures. The trailer gives us a quick flashback of the gang when they were kids — and the moment we saw puppy Scooby-Doo? Our inner man child wept. We were sold.

Everyone’s favorite (and only) supersonic talking hedgehog is back, only this time with a serious CGI facelift. The video game franchise-turned-adventure film looks to have the same corny, slapstick humor as the source material, and that’s really all we’re waiting for.

The SpongeBob Movie: Sponge on the Run

Unleashing the ultra-dork in everyone, Sponge on the Run brings the audience to the Lost City of Atlantic City (see what they did there?). Like Scoob!, Sponge on the Run gives us a look at how SpongeBob and Gary met. So, get ready for SpongeBob the kid and Gary the snail baby. Bonus? Keanu Reeves stars as Sage. Or is he Jesus? We can’t tell.

Like Sonic, Tom and Jerry is getting a live-action/animated film adaptation centering on the fathers of cat-and-mouse rivalry. There aren’t many details about the film yet, but we do know that Tom will team up with Chloe Grace Moretz’ character to stop Jerry from ruining the day, all while avoiding the film’s real villain, played by Michael Peña.

Here’s some hardcore nostalgia. Clifford the Big Red Dog is getting a live-action film, and while we’d love to see a real big fluffy dog on screen, even Hollywood has its limitations. Instead, we’ll be getting a CGI Clifford, in the same vein as Sonic and Tom and Jerry.

More from EsquireMag.ph The Adult Cartoons You Probably Forgot About