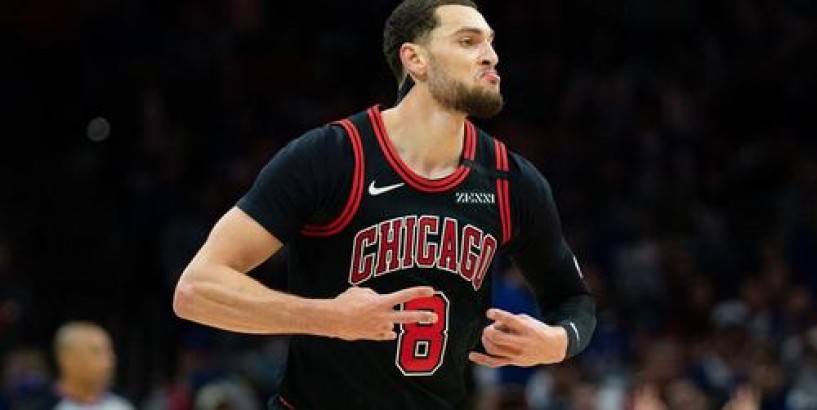 Saturday night, SLAM is putting on a Call of Duty Modern Warfare tournament featuring some big NBA names on its Twitch channel.

For Bulls fans looking for a rooting interest: Zach LaVine is set to participate.

LaVine will compete alongside Meyers Leonard and Mario Hezonja of the Trail Blazers , Donovan Mitchell of the Jazz and Fatality, who ranks among the most accomplished gamers in esports history . There also appears to be a mystery member of their squad that has yet to be announced ( Devin Booker , perhaps?).

Across the sticks are Royce O'Neal, Ben Simmons and even Kentucky basketball commit Terrence Clark. Earlier this week, Simmons sparked discussion by listing his top five defenders in the NBA on a SLAM stream - who knows what could be in store tonight?

It might not be live sports, but we'll take anything we can get at this point.

Click here to download the new MyTeams App by NBC Sports! Receive comprehensive coverage of your teams and stream the Bulls easily on your device.