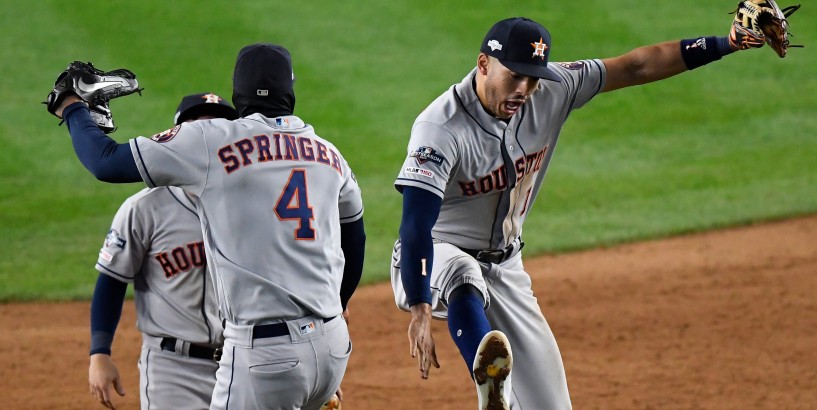 With a 3-1 lead in the American League Championship Series over the New York Yankees, the Houston Astros are on the cusp of their second World Series trip in three years. Houston has won three in a row after dropping the series opener at home, including an 8-3 win in Game 4 on Thursday at Yankee Stadium. The Yankees had baseball's highest-scoring offense in the regular season, but have scored just six runs total in the three losses. Game 5: Friday Time : 7:08 p.m. ET TV channel : Fox Sports 1 ( find on your TV ) Live stream : FoxSports.com Betting : Full odds, lines at USA TODAY Sports Left-hander James Paxton (15-6, 3.82 ERA) starts for the Yankees in Game 5. He's made two starts in the postseason, lasting only seven innings total, including a no-decision with 2 ⅓ innings in Game 2 of this series. The Astros give the ball to Justin Verlander (21-6, 2.58 ERA) with the chance to secure a spot in the World Series. Verlander has made three starts in the postseason, posting a 3.12 ERA. He got a no-decision in the Game 2 win, giving up two runs in 6 ⅔ innings at Minute Maid Park.