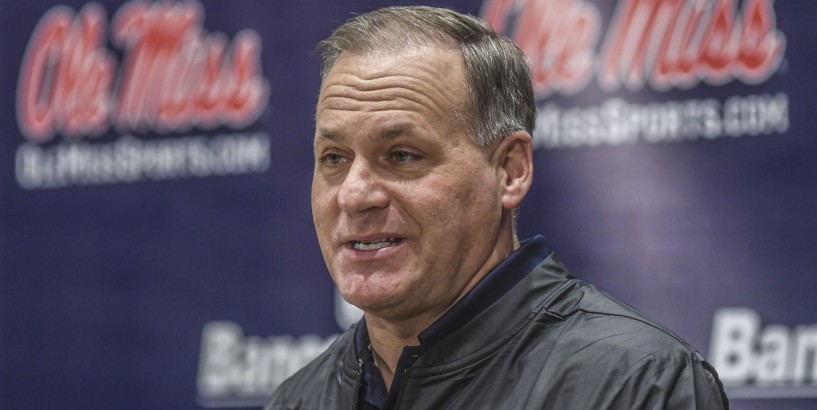 OXFORD — If you use history as a guide, maybe it's not so surprising that the Ole Miss offense struggled versus Memphis. Offensive coordinator Rich Rodriguez's unit underperformed significantly in the Rebels' 15-10 loss . Ole Miss only averaged 3.3 yards per play, finished the first half with negative rushing yards and ended the game with 93 passing yards, the fewest of any Power 5 team through the first week of the season. But if you go through Rodriguez's tenure as a college coach, you'll find two of his offenses struggled in his first game with a new program. Those seasons may give insight into how Ole Miss will improve this week and for the rest of the season. But will it be enough to help the Rebels navigate the SEC with more success than last season? In Rodriguez's first game as West Virginia's head coach in 2001, his Mountaineers scored 10 points and averaged 1.9 yards per carry in a loss to Boston College. For the season, West Virginia averaged 4.4 yards per carry and scored 22.5 points per game, which ranked No. 84 in the nation. At the end of the season, West Virginia ranked No. 36 in the nation in rushing yards and finished with a 3-9 record. In his first game as Michigan's head coach in 2008, Rodriguez's Wolverines lost to Utah, averaging 1.4 yards per carry. For the season, Michigan averaged 4.1 yards per carry but only scored 20 points per game, ranking No. 99 in the country. In that 2008 season, Michigan finished No. 59 in the nation in rushing and had a 3-9 record. Rodriguez's offense performed a lot better in his first game at Arizona. The 2012 Wildcats rushed for 237 yards on 41 attempts in Rodriguez's debut against Toledo. Arizona finished 8-5 and won the New Mexico Bowl against Nevada. Rodriguez has said many times since he arrived at Ole Miss that he considers his offense an easy one to learn. His first games at West Virginia, Michigan and Ole Miss show a steeper learning curve than he thinks. And certainly Saturday's showing against Memphis was not what head coach Matt Luke envisioned when he hired Rodriguez. So what does Ole Miss need to do to replicate or exceed the improvements Rodriguez's offenses experienced at West Virginia and Michigan? "I've got to do a better job of giving them some opportunities so they can execute more," Rodriguez said Monday. Rodriguez talked about Ole Miss' experience, or lack thereof, plenty on Monday. He said he doesn't think he's ever coached a team with as much inexperience among first- and second-string players as this year's Ole Miss squad. Now, Rodriguez is heading into unfamiliar territory himself. The Rebels are preparing this week for their SEC opener against Arkansas . In Rodriguez's 16 years as an FBS head coach, he's only coached in four games against SEC opponents, the most recent of which being on Jan. 1, 2011. Rodriguez-coached teams are 3-1 in those four games, but he hasn't beaten an SEC team since 2007. That said, Rodriguez said he isn't concerned about his relative inexperience against SEC foes. "Obviously you're going to get bigger, faster guys," Rodriguez said. "But we've been practicing against it for the month of August and spring practice. I think our guys are used to seeing that, the coaching staff is used to seeing that. We've just got to get better." That leads to the big question: Should fans expect the Ole Miss offense to improve in Week 2? Rodriguez thinks so. Just look at how the offense improved between halves against Memphis. After averaging 1.6 yards per play in the first half, Ole Miss posted 5 yards per play in the second half. To put this in perspective, Ole Miss averaged 7.1 yards per play a season ago. Rodriguez's 2001 West Virginia team averaged 4.6 yards per play and his 2008 Michigan team averaged 4.4 yards per play. But what does history say? Well, in Rodriguez's second game as West Virginia's head coach against Ohio, the Mountaineers ran for 211 yards and two touchdowns, notching his first win with the program. In his second game as Michigan's head coach against Miami (Ohio) , the Wolverines ran for 178 yards and two touchdowns and gave Rodriguez his first win in the maize and blue. History doesn't always repeat itself. But if it does, Ole Miss might find itself in a good position to win this Saturday. Contact Nick Suss at 601-408-2674 or nsuss@gannett.com. Follow @nicksuss on Twitter.