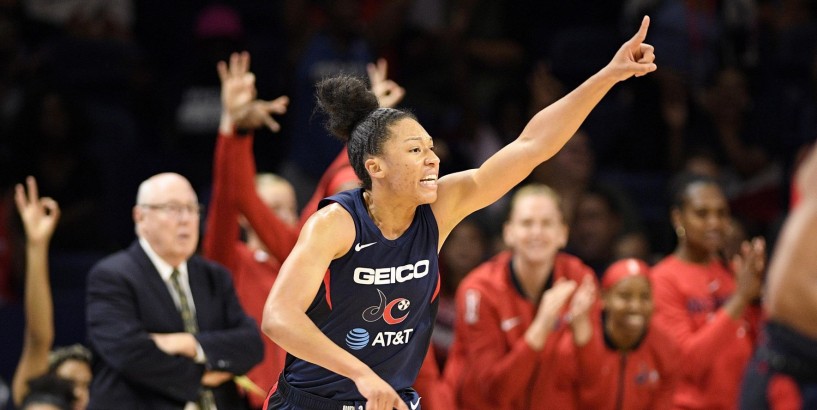 The Washington Mystics are heavily favored by online bookmakers to win the WNBA championship, which would mark their first title in franchise history.

Vegasinsider.com lists the Mystics as 5-to-7 favorites; the next closest team is the Connecticut Sun at 4-to-1. Meanwhile, sportsbettingdime.com also favors Washington at +110, which works out to 11-to-10 odds.

The odds come as no surprise, as the Mystics clinched the No. 1 seed in the postseason and received a double-bye into the semifinal round. They finished the regular season as the WNBA’s hottest team, three games better than the second-place Sun, and are led by league MVP favorite Elena Delle Donne.

Washington will play Game 1 of its semifinal series Sept. 17.

“When you win 16 out of your last 18, I guess you’d have to say you’re on an upward trend,” coach Mike Thibault said. “Hopefully the layoff doesn’t give us too much rest, but we’re gonna try to balance out rest and workouts this week.” Click here for reprint permission . The