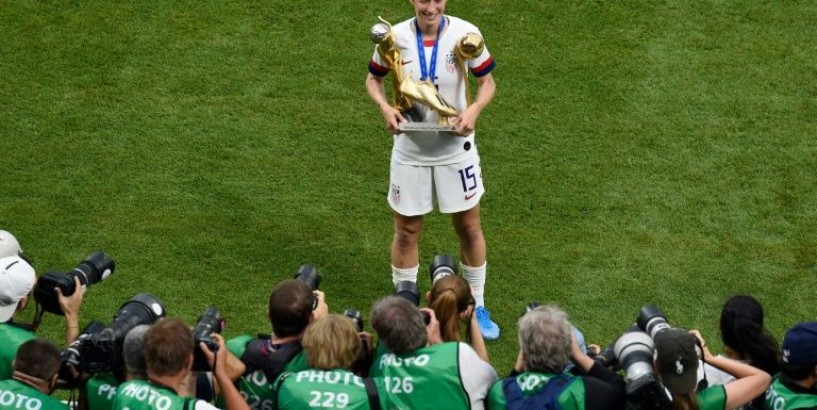 US government funding for the 2026 World Cup would be denied until the US Soccer Federation provides equal pay for women’s and men’s teams under a bill introduced Tuesday.

US Senator Joe Manchin, a Democrat from West Virginia, submitted the bill to US lawmakers two days after the American women won a second consecutive Women’s World Cup title by defeating the Netherlands 2-0 in France.

Fans chanted “Equal pay, equal pay,” in the stadium after the US women’s victory, the squad having filed a lawsuit against US Soccer in March making their case for money and support equal to a men’s team with far worse results.

The United States will co-host the 2026 World Cup tournament along with neighbors Mexico and Canada.

The US Senate and House of Representatives would have to vote in favor of the measure and US President Donald Trump, who has exchanged barbs on Twitter with US women’s star Megan Rapinoe, would have to sign the bill or have a veto overridden to turn the measure into binding law.

But the US women have won many supporters to their side with overwhelming World Cup title runs over the past month in France and four years ago in Canada.

The US men, by comparison, lost to Mexico on Sunday in the Gold Cup final among CONCACAF (North American) nations and failed to qualify for the 2018 World Cup in Russia.

Manchin said he introduced the bill after receiving a letter from West Virginia University women’s soccer coach Nikki Izzo-Brown pleading the case for the US women’s equal pay.

“The clear unequitable pay between the US men’s and women’s soccer teams is unacceptable and I’m glad the US Women’s Soccer Team latest victory is causing public outcry.

“They are the best in the world and deserve to be paid accordingly.”