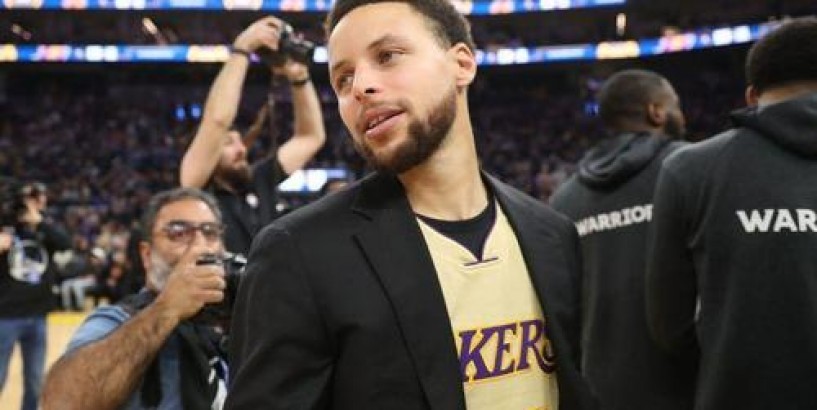 Stephen Curry reiterates he is targeting an early March return

Stephen Curry is out for February, but the word for a while is he was targeting a return in March.

He reiterated that Saturday night during the national broadcast of a Lakers win against the Warriors. Here is the Quote: , which came when ABC's Lisa Salters asked him about a return in early March.

The Warriors' early March schedule includes playing on the first against Washington, at Denver on the third, a Finals rematch against Toronto at the Chase Center on March 5, then the 76ers visit the Warriors on the seventh.

Curry suffered a fractured hand just four games into the season, back on Oct. 30, when Suns' center Aron Baynes fell on him. Recovery required two surgeries, one to put pins in to stabilize the bone through the healing process, then a second one to remove those pins once the recovery was far enough along. He has had the surgeries and is now just working on recovery.

The Warriors also are expected to evaluate Klay Thompson and his torn ACL in the coming weeks. Unlike Curry, Thompson is not expected to play for the Warriors this season.