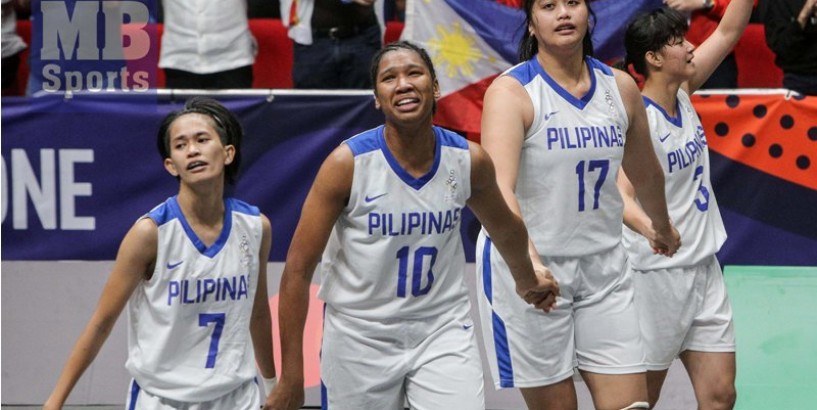 The national women’s basketball team is looking to ride on the momentum of its successful run in the 3×3 event and finally win the elusive gold in the standard five-on-five event of the 30th Southeast Asian Games.

Coach Pat Aquino, also the 3×3 mentor, is confident that Gilas Pilipinas Women will be able to get the job done despite the tough task of beating their three opponents starting with the opening match against Indonesia tomorrow at the Mall of Asia Arena.

Only four teams competed in the event which included 2017 winner Malaysia, silver medalist Thailand and Indonesia, which settled for bronze that year.

“Definitely every game is a must-win and we have to stay focus on winning each game,” said Aquino, whose best finish since taking charge of the team was a silver medal in the 2013 Nay Pyi Taw Games.

“I know it’s a lot at hand but I know these girls can do it. We’re playing in front of our countrymen and we want to play as hard as we can,” he added.

Afril Bernardino is eager to continue her impressive showing after emerging as the top star in the Philippines’ gold medal clincher against Thailand 17-13 at The Arena in San Juan City.

Bernardino bucked an injured thumb to score 10 in that match to give the country its first women’s basketball gold in any division.

Her performance allowed the Philippines to exact revenge on the Thais, who handed the hosts their only loss of the tournament during the final game of the preliminaries.