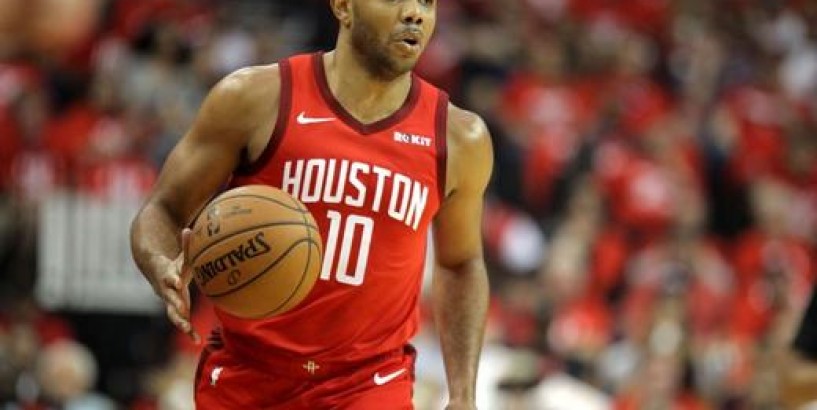 SHANGHAI — A person with knowledge of the situation says the Houston Rockets and veteran guard Eric Gordon have agreed on a contract extension that could keep him with the team for another five seasons in all.

Gordon and the Rockets agreed on a three-year extension, which begins with the 2020-21 season, according to the person who spoke to The Associated Press on condition of anonymity because neither side has publicly announced the agreement.

There is an option for a fourth year to be added, which could push the total value of the new deal to just under $76 million.

The Houston Chronicle first reported the agreement and ESPN first reported certain terms including how the final year is not yet guaranteed unless Gordon is selected as an All-Star or the Rockets win a championship.

Gordon will make $14 million this season and then average about $18 million in salary over the following three years.

Gordon has been remarkably consistent in his three seasons with the Rockets, averaging 16.8 points and shooting 36 percent from 3-point range in that span — and posting basically identical numbers from one year to the next.

His deal getting done means the Rockets have their backcourt — James Harden, newly acquired Russell Westbrook and Gordon — under contract through at least 2021-22 and likely for another year if Harden and Westbrook exercise their $47 million options for the 2022-23 season.

Gordon is entering his 12th NBA season and was the league’s sixth man of the year for 2016-17. He started much of the last two seasons.