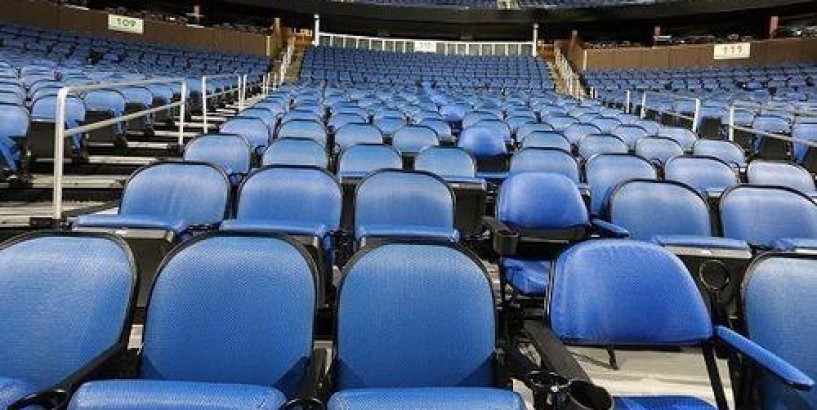 Report: NBA to remain suspended for 30 days, then reassess situation

It's going to be a month without basketball.

At the same time the NCAA opted to cancel March Madness, the NBA owners, in a conference call with Commissioner Adam Silver, have decided to keep the NBA suspended for 30 days, then re-assess the situation. That is according to multiple reports.

The NBA's decision in a month will be based on not only the health of the players and team personnel at that time, but also where we are as a nation in dealing with the coronavirus crisis . Most experts expect the situation to get worse - especially as testing for the virus becomes more accessible and we get a better sense of where things stand - before it gets better. Where the nation will be on that curve in 30 days is impossible to say.

The 30-day break has the NBA restarting just days before the playoffs are scheduled to begin on April 18. Even before the announcement of the NBA season being postponed, some NBA owners had pushed for this option - shut the league down until the playoffs begin, and go with the standings as they are today.

Would the league move forward with the playoffs in mostly-empty buildings without fans, only televising the games, or will the league wait for the ban on mass gatherings to be lifted in most areas of the nation? That's a question the league and ownership - in talks with the league's broadcast partners - need to discuss.

The NBA was debating how to proceed in general when the news of Rudy Gobert testing positive for COVID-19 came through and the league decided to postpone all games starting today. Since then, testing showed that Gobert's Jazz teammate Donovan Mitchell tested positive as well.

How long the league is out will have financial ramifications as well. It will hit the bottom lines of owners not getting gate revenue for a month, and eventually, that will trickle down NBA players as this loss of "basketball-related income" is bound to lower the salary cap (a second financial hit this year after the loss of revenue from China following the Daryl Morey Tweet).