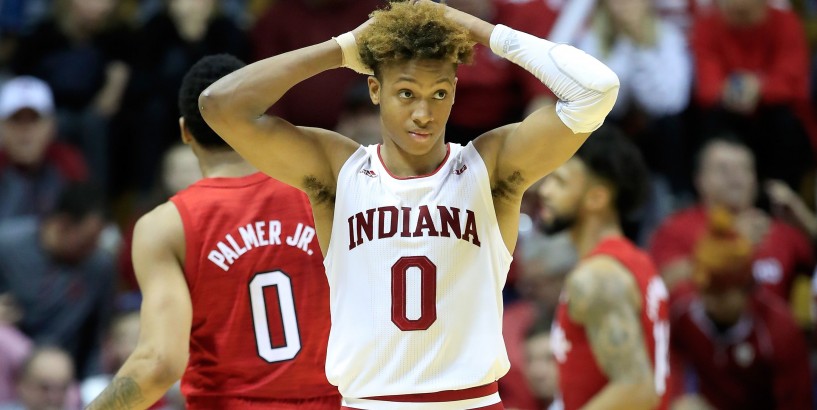 Prediction: Michigan State, Michigan will both be 15-1 in the Big Ten when they play for the first time on Feb. 24

Michigan State beat writer Matt Charboneau and Michigan beat writer James Hawkins of The Detroit News offer their game-by-game predictions leading into the first meeting between the Spartans and Wolverines on Feb. 24 at Crisler Center in Ann Arbor. Michigan (Hawkins) ► Saturday at Wisconsin: Winning at the Kohl Center has never come easy for Michigan, but Jon Teske should be able to keep up with do-it-all big man Ethan Happ and give him a tough time. Win .

► Jan. 22 vs. Minnesota: The Wolverines have been unbeatable at Crisler Center this season and the Gophers haven’t won in Ann Arbor since 2011. Look for both streaks to continue. Win.

► Jan. 25 at Indiana: A combination of revenge, a raucous environment and a healthier Hoosiers team could prove to be a difficult mix for Michigan to overcome. Loss.

► Jan. 29 vs. Ohio State: The conference road hasn’t been too kind to the Buckeyes. With losses at Rutgers and Iowa, Michigan should add to the woes in the teams’ lone rivalry clash. Win.

Star freshman Romeo Langford and Indiana might be enough to send Michigan to its first loss of the season on Jan. 25. (Photo: Andy Lyons, Getty Images)

► Feb. 1 at Iowa: Although the Hawkeyes have scored two wins over ranked Big Ten foes at home, the Wolverines swept all three meetings last season and are arguably even better than a year ago. Win.

► Feb. 5 at Rutgers: Despite being among the Big Ten’s bottom feeders, the Scarlet Knights have made the Wolverines sweat out a pair of wins in their only trips to the RAC. This visit shouldn’t be as stressful. Win.

► Feb. 9 vs. Wisconsin: Once again, the Wolverines will focus on limiting Happ and making the rest of the Badgers beat them. Against Michigan’s defense, that’s a tall task. Win.

► Feb. 12 at Penn State: The Wolverines were able to take down the Nittany Lions without sophomore forward Isaiah Livers in the first meeting. With him back in the fold, that doesn’t bode well for Lamar Stevens. Win.

More: Michigan State, Michigan could both be No. 1 seeds in NCAA Tournament

► Feb. 16 vs. Maryland: This is the start of a brutal closing stretch for Michigan and will pose quite the frontcourt challenge. Like last season’s meeting in Ann Arbor, this could be a contest that goes down to the wire. Win.

► Feb. 21 at Minnesota: All that stands in the way of Michigan-Michigan State’s first clash is the Gophers. While this could be a potential trap game, don’t expect the Wolverines to get caught looking ahead and lose momentum. Win.

Nebraska coach Tim Miles and his team should be able to use its healthy home court advantage to send MSU to its first Big Ten loss of the season on Thursday. (Photo: Andy Lyons, Getty Images)

Michigan State (Charboneau) ► Thursday at Nebraska: The Cornhuskers are coming off a big road win over Indiana and are on a 20-game home winning streak. The Spartans will be without Joshua Langford and, perhaps, Kyle Ahrens. That’s OK at Penn State but might not be enough in Lincoln. Loss

► Monday vs. Maryland: It’s the only home game out of five for the Spartans and the Terrapins are playing as well as any team in the Big Ten. But it’s a favorable matchup for MSU, and it’s at the Breslin Center. Win

► Jan. 24 at Iowa: The Hawkeyes have started to turn things around, but they still are allergic to defense, something the Spartans took advantage of in the first meeting and should do so again at Carver-Hawkeye Arena. Win

► Jan. 27 at Purdue: The Spartans have the formula for slowing down Carsen Edwards, and that’s the key to beating the Boilermakers. It won’t be simple in a tough environment, but MSU should end a two-game skid in West Lafayette. Win

► Feb. 2 vs. Indiana: MSU finally returns home and gets a week off to prepare for the Hoosiers and their young talent. Expect the Breslin Center to be hopping and expect the Spartans to take advantage. Win

► Feb. 5 at Illinois: It’s back on the road but the benefit is it’s against an Illinois team that might still be looking for its first conference win. It might not be pretty, but don’t expect an upset in this one. Win

► Feb. 9 vs. Minnesota: The Gophers present their share of matchup issues, but they haven’t exactly been stalwarts on defense. That plays right into Michigan State’s hands. Win

► Feb. 12 at Wisconsin: The clash in styles couldn’t be more stark as the Badgers will do everything they can to slow the Spartans’ break. It will make it ugly, but it won’t mean a win for the home team. Win

► Feb. 17 vs. Ohio State: There will be revenge on the minds of the Buckeyes. If they can get Kaleb Wesson some help, it could get interesting. But MSU should pull out a close one to stay near the top of the standings. Win

► Feb. 20 vs. Rutgers: The Scarlet Knights played MSU tough at home, but this one in East Lansing will likely be no more than a tune-up for the showdown in Ann Arbor four days later. Win