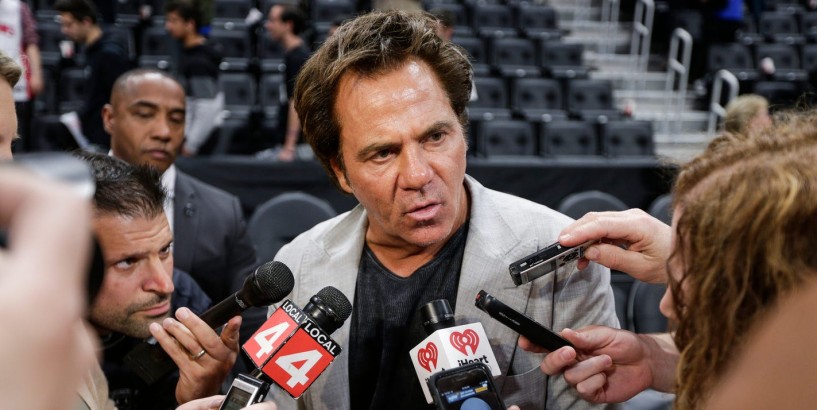 The Detroit Pistons have done something that feels right and makes sense, hiring Troy Weaver as the general manager. Weaver, the former Oklahoma City vice president of basketball operations, is highly respected for his ability to identify talent. He has experience as a coach, a scout and in the front office. “He's the best man, period, the best person, period, in the world for this job,” Pistons owner Tom Gores said Monday during an introductory press conference on a Zoom call because of the coronavirus crisis. “His track record, his reputation, everything stood out.” Indeed. There is a lot to like about this move, and it comes at the perfect time. The Pistons could have a potential top-five pick in the 2020 NBA draft and $30 million in cap room. “This isn't a rebuild,” Weaver said. “This is a restoring.” Yes, this franchise needs restoring in a bad way, after all the moves that Gores has made that haven’t worked. The Pistons have just one winning record since Gores bought the franchise in 2011. It seems as if Gores has tried everything to fix this franchise. Getting rid of Joe Dumars didn’t work, neither did bringing in Lawrence Frank, Maurice Cheeks nor Stan Van Gundy. Gores has tried different arenas, different front-office structures, different coaches, going with a general manager and without — and he even tried to combine everything into one, bringing in a coach who was also the team president. What has it produced? Nothing but mediocrity and constant change. So here we are, once again. The Pistons held a summer video conference. Gores rolled out a new plan. And now, the Pistons are going back to the future and hiring a general manager again. There is one lingering question: How is this going to work? The Pistons don’t really have a traditional team president. But they do have Ed Stefanski, senior advisor to Gores, and Arn Tellum, the vice chairman. Who is going to call the shots? How much of a voice will Stefanski and Tellum have? How will Weaver work with those two? “You have to leverage that,” Gores said. “With Ed and Arn and Dwane (Casey), and not to date you guys, but they have at least 100 years of experience.” Right now, they are singing togetherness and preaching their ability to work together. “The best way to help a rookie quarterback is to put great veterans around him,” Weaver said. Gores believes this will work and speaks with total conviction. Then again, Gores thought Van Gundy was going to work. And he brought in Stefanski, who deserves credit for putting the Pistons in a position where there is hope on the horizon through the draft and cap space. “Ed has come in and done a great job stabilizing our front office, in cleaning some things up,” Gores said. “We just felt it was time to go big or go home. And let's just go get the best. We got a great coach ready to go.” Stefanski argued against the notion that the rebuild should have happened sooner. He believes the Pistons were poised for the playoffs, until injuries and the virus destroyed the 2020 regular season for the Pistons. “If injuries didn't occur this year, I could argue strongly that we would have been in the East in the mix in the high six, probably that six spot making some noise and teams would not want to play us; but injuries happen,” he said. So here comes the new guy, plucked from a successful franchise, wrapped in a winning aura. I realize that guarantees nothing — see Bob Quinn and Matt Patricia — but Weaver has a certain gravitas, experience and reputation. On paper, this really makes sense. Will it work? Gores' track record makes you wonder. But, I have to give him credit for one thing: He keeps trying. Contact Jeff Seidel: jseidel@freepress.com. @seideljeff. To read his recent columns, go to freep.com/sports/jeff-seidel/.