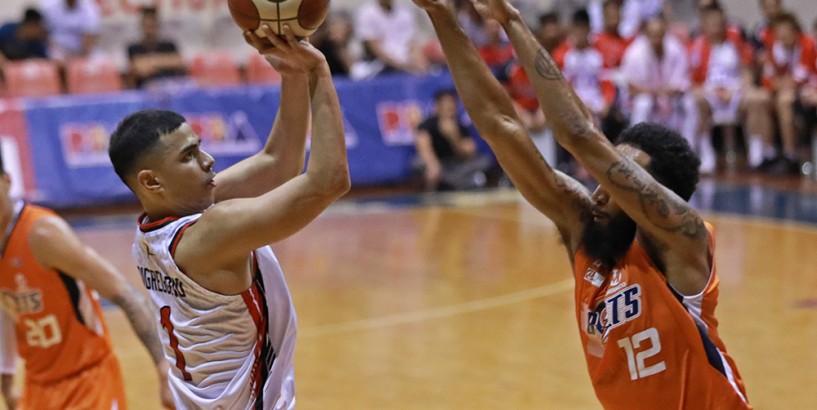 TNT KaTropa is hoping that Mike DiGregorio can improve its chances of winning the PBA Governors’ Cup crown after acquiring the renowned shooter in a trade with Blackwater.

The KaTropa had to give up backup guard Brian Heruela in order to get DiGregorio, who is expected to give them additional help with their outside shooting.

“DiGregorio gives us a veteran who knows how to play and can space the floor. He will be good in our defensive system,” TNT consultant Mark Dickel said Saturday shortly after the deal was approved by the PBA Commissioner’s Office.

DiGregorio is averaging 10.8 points in six games this conference, spiked by a 65-percent clip from three-point range.

He had 22 points Friday when Blackwater fell 106-97 to Meralco at the Ynares Center in Antipolo City.

TNT remains as the only unbeaten team in the eliminations with a 7-0 record, but has dealing with a string of closely-fought games.

The KaTropa hacked out a 99-93 overtime win over the Alaska Aces, also Friday, but almost suffered their first loss when rookie MJ Ayaay’s game-winning attempt rolled out with the game tied at 89-all in regulation.

By adding DiGregorio, the KaTropa had to give up Heruela, who returns to the team he played during his rookie season in 2014-15.

Brian Heruela is set for a second stint with Blackwater. (PBA Images)

Heruela averaged 10.6 points and 5.2 assists in 26 games that year. He has only played three games this conference with numbers of 1.7 points, 1.7 rebounds and 1.3 assists.

“We would to thank Brian Heruela for everything he has done for TNT KaTropa. He is a good player and a consummate professional. We wish him well,” said TNT team manager Gabby Cui.