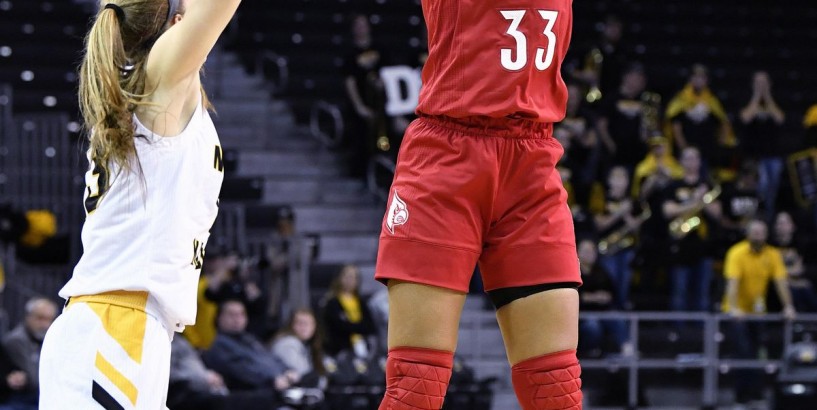 No. 2 Louisville women pull away from Northern Kentucky

Molly Glick made three 3-pointers for 13 points, Carrisa Garcia had 13 and Ally Niece 12 for the Norse, who had won their previous four games following an 0-4 start.

Cardinals 12th-year head coach Jeff Walz, who played for NKU’s men’s basketball team, was presented with a ceremonial ball before the game.

Louisville : The Cardinals shuffled their starting lineup with Yacine Diop starting for the first time this season and senior Jessica Laemmle making her first career start. The shakeup allowed them to hang in what was a back-and-forth contest for 20 minutes before their increased intensity on both ends seized control in the third quarter.

NKU: The Norse stayed close for a while behind a 2-3 zone defense and Glick’s 3-point shooting that offset Louisville ’s height advantage. That size difference took its toll on rebounding and paint scoring, where they were dominated 44-20. After a 6-of-12 start from long range, they made just 2 of their final 10 attempts.

Louisville ’s rebound after losing at Ohio State should keep the Cardinals in the Top 10.

Louisville visits No. 15 Kentucky on Sunday.