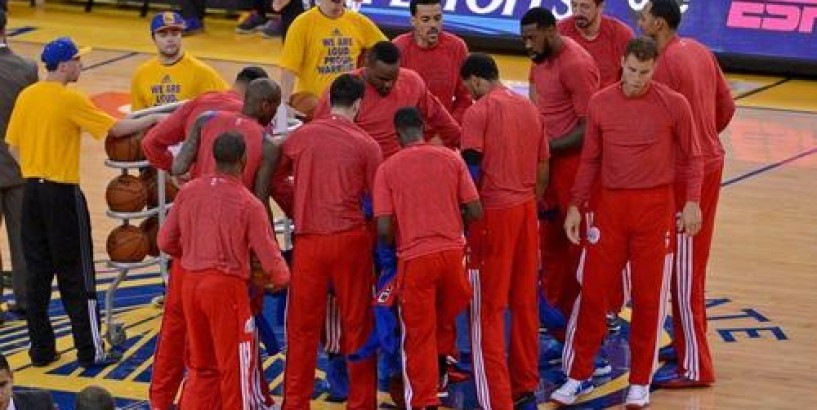 Donald Sterling asks that question to V. Stiviano on the infamous recording she leaked to TMZ, the tape of racist comments by Sterling that ultimately led to the end of his ownership of the Los Angeles Clippers .

The Sterling debacle was a big step in changing the answer to that question - this was no longer the Jordan "stay out of politics" era in the NBA. Players took a stand.

"I think it was huge" in changing the culture of player empowerment, Matt Barnes told NBC Sports. "What we did, what LeBron [James] and those guys did in Miami… The world was waiting to see what we did, we kind of did what we did, and everyone followed."

That included pushing Sterling out the door, with NBA Commissioner Adam Silver banning him for life and, eventually, along with Sterling's wife Shelly, forcing a sale of the team to Steve Ballmer.

Maybe the owners made the game in the past - Sterling had a long history of being a racist slumlord who embarrassed the league, however he'd never lost his ownership of the Clippers - but that changed in large part because the Clippers, and other players around the league, made a stand.

The Clippers players look into the camera and tell their side of this story in the new documentary "Blackballed" released this week on Quibi . There are 12 parts to the documentary, each fewer than 10 minutes long, as fits the Quibi format .

Confronting Racism The documentary comes at a time when racism is a front-burner issue in the United States, especially in an election year.

"This story is inextricably linked to race in America beyond the game," director Michael Jacobs said. "So conversations about racism came up naturally throughout the project."

In one of the compelling parts of Blackballed, players - including Chris Paul and Barnes - shared stories of the intense racism they had encountered long before working for Sterling. In the case of Barnes, his story from his senior of year in a Sacramento high school was harrowing.

"From a very early age I experienced racism, I either wasn't black enough or I wasn't white enough, I saw it full-fledged," said Barnes, who is bi-racial. "Then the culmination of that came in high school when a kid was throwing racial slurs at my sister, and I did what a big brother does… then two-days into my suspension my school was vandalized by the KKK, with 'die n