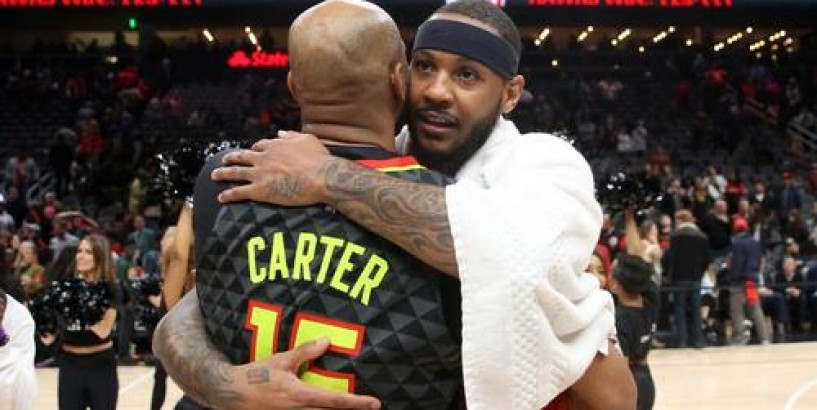 NBA reacts to Vince Carter retirement: Thanks for the memories VC!

After 22 seasons in the NBA, Vince Carter is hanging up his sneakers and officially retiring.

Thursday, the 43-year-old announced that he is "officially done playing basketball professionally" on his podcast "Winging It With Vince Carter" .

Carter had previously announced that the one-year deal he signed with the Atlanta Hawks for this 2019-20 season would be his last.

However, some hoped that since the season was cut short due to the coronavirus pandemic and since the Hawks won't be heading to Atlanta as part of the 22-team restart in Orlando, that maybe, just maybe, Air Canada would give it one more season.

But, sadly, that's not the case.

As an eight-time NBA All-Star, Carter averaged 16.7 points, 4.3 rebounds, and 3.1 assists over his career. But, most NBA fans will remember him most for his time with the Toronto Raptors .

VC spent seven seasons in Toronto, averaging 23.4 points, 4.3 rebounds, 3.1 assists. And boy did he put on one of the greatest performances of all-time in the 2000 Slam Dunk Contest.

And now, we tip our hats to you, Vince Carter and so do so many on social media.

Here are a few of the best Twitter and Instagram posts wishing Carter all the best from those who currently reside in the Pacific Northwest or have had one time:

[RELATED]: Through the years -- Vince Carter vs. the Trail Blazers

There were many others around the NBA that also shared their goodbye messages to Vinsanity:

Thanks for the memories, VC!