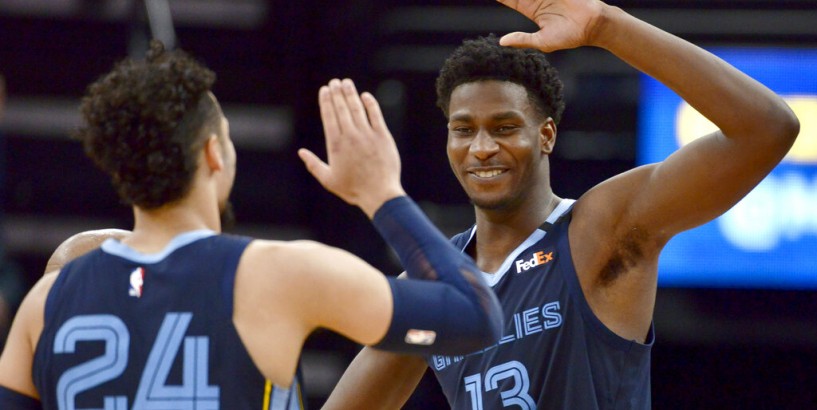 The victory put the Grizzlies percentage points ahead of the Spurs for eighth place in the Western Conference.

DeMar DeRozan matched his season-high with 36 points, and added nine assists for the Spurs. LaMarcus Aldridge and Bryn Forbes each scored 21 points, combining to go 9 of 17 from 3-point range. Rudy Gay added 13 points.

One of Aldridge’s 3-pointers pulled the Spurs within 116-113 with 6:28 remaining. But the Grizzlies converted a trio of 3-pointers, two from Brooks, and built their lead to 125-113. San Antonio never got closer than eight points the rest of the way.

DeRozan helped keep the Spurs close in the third quarter, scoring 18 in the frame as Memphis held a scant 100-98 lead heading into the fourth.

Aldridge and DeRozan had 13 each for San Antonio, while Jackson and Valanciunas scored 11 apiece for Memphis. Jackson missed just one of his four 3-point shots.