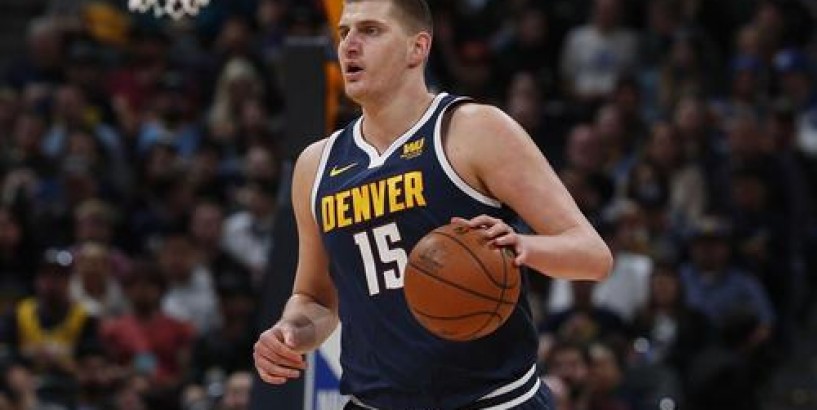 SLOW MOTION The Indiana Pacers and Detroit Pistons rank 19th and 20th in points per game respectively, but efficiency isn't an issue - pace is. Both teams rank in the Bottom 10 in possessions per game.**video

The Pacers are holding opponents to the ninth lowest scoring average at home with 103.8 points on 42.4 percent shooting. Expect defense to be an emphasis for both squads which is why we're betting the game total Under 211.5 at PointsBet.

PICK YOUR POISON The Orlando Magic host the Memphis Grizzlies as 7-point home favorites tonights. The Magic are surrendering the second fewest points per game overall and the fourth lowest at home with 95.5 on 41.1 percent shooting against. Orlando is exceptionally good at defending the paint, allowing the second lowest points at home this season with 38 inside the key.

This is a difficult matchup for the Grizzlies Jonas Valanciunas , who's shooting the lowest field goal percentage of his career at 47.8 percent. With Valanciunas off to a slower start offensively and averaging only 21.7 minutes per game, we like betting Under his points total of 13.5.

HOME ON THE RANGE Milwaukee is a 3-point road favorite at Utah tonight but this is a tough spot for the Bucks, who have historically struggled when visiting the Jazz . They're also playing their third road game of the week in the thin air of Salt Lake City, which can sap the energy out of away teams.

Milwaukee averages a league-high 122 points per outing on 47.7 percent shooting but faces a Jazz defense allowing only an average of only 94 points on its home court on 41.1 percent shooting. Take the Jazz on the spread getting three at home.

Editor's Note : If you're on the hunt for rankings, projections, strategy and advice on how to dominate your drafts, check out the all-new Rotoworld NBA Draft Guide. Now mobile-optimized with a new look and feel, it's never been easier to take our award-winning advice with you to your drafts for that extra competitive edge! Click here to learn more!

JUMP ON JOKIC The Denver Nuggets are 5-point home favorites as they host the Philadelphia 76ers. Ben Simmons is out for Friday's contest for Philadelphia while Paul Millsap and Gary Harris are listed as probable for the host team.

Denver's Nikola Jokic is off to a slower start this season, but really seems to step up when playing against some of the league's best. In two prior meetings versus the 76ers last season, Jokic recorded a triple-double in both, putting up a combined 59 points, 20 assists and 28 rebounds in those two outings. We like the Over on his points, rebounds, assists total of 35.5.

NOT EASY BEING GREEN The Los Angeles Lakers are 9-point favorites as they host the Miami Heat with the game total set at 216.5. The Lakers enter with the 16th-ranked offense, averaging 111 points a contest. The Heat, on the other hand, have noticeable home/away splits on offense, averaging 120.3 points on their home court and only 111.8 points away from South Beach.

Miami is one of best teams at defending small forwards, giving up just 16.9 points a game on 34.8 percent shooting to the position. With Lakers SF Danny Green attempting eight field goals a game on the season and only nine total shots in his two most recent games, there's good value betting the Under on his point total of 9.5 Friday night.