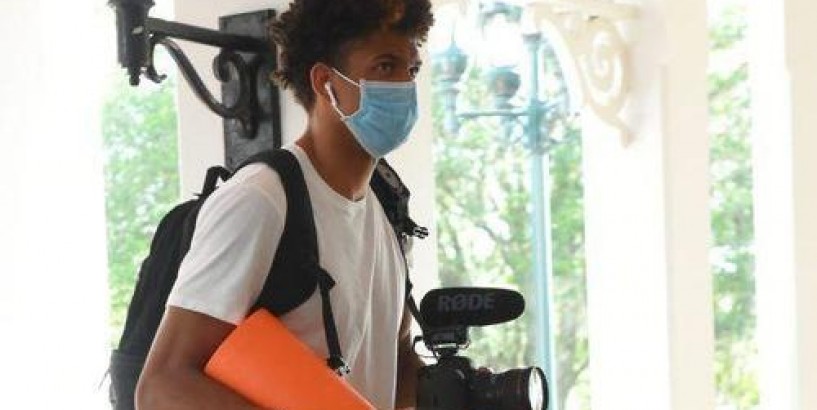 Philadelphia's Matisse Thybulle is the star of the NBA restart.

Philadelphia's defensive-focused rookie has given the world a glimpse of life inside the bubble with a Vlog that is simply the best content coming out of Orlando - with all due respect to Ben Simmons and his inability to throw a fish two feet .

Thybulle developed a following during the NBA's forced hiatus by taking to TikToc to build toy cars out of Legos and take his vacuum cleaner for a walk .

That proved just to be the opening act. Once inside the NBA's restart campus on the Walt Disney World property he started a Vlog - a video diary, for the uninitiated, each one a polished 10 minutes or so edited together - of life in the bubble. He showed off his hotel room and the snacks that were in it waiting for him, he's shown a little of practice on the court, but it's more the personal parts - the inability to launch a drone he got for Christmas, for example - that have sucked people in.

Matisse Thybulle told reporters he had to build up the confidence to do this ( hat tip Sixers Wire ).

What happened is he gained a lot of new fans.

There will be a lot of eyes on Thybulle and Philadephia on the court - they are one of the most unpredictable and interesting teams in Orlando. Philly will start Ben Simmons at the four, Shake Milton at the point, and bring Al Horford off the bench in an effort to find better offensive spacing and some points to go with an elite defense. It's a roll of the dice, this starting five has never played together before, but if it works the 76ers become a serious threat in the East.

Thybulle and his defense off the bench will be a part of making it all work.

Which might get more people to watch his Vlog entries - and they should. It's the best content coming out of the NBA's bubble.