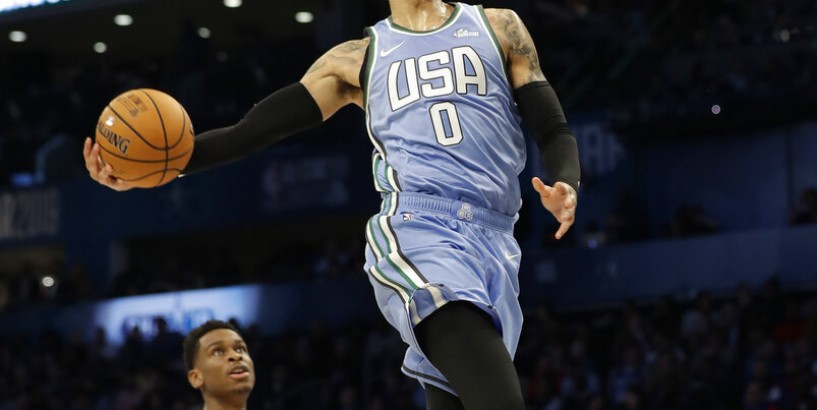 Kuzma out of World Cup with ankle injury; US roster set

MELBOURNE, Australia (AP) — USA Basketball said Saturday that Kyle Kuzma of the Los Angeles Lakers has a left ankle injury that will keep him from playing in the FIBA World Cup.

U.S. Team’s Kyle Kuzma, of the Los Angeles Lakers heads to the hoop for a dunk against the World Team during the NBA All-Star Rising Stars basketball game. (AP Photo/Chuck Burton)

Kuzma’s absence finalized the U.S. roster for the tournament, which starts Aug. 31 in China. The Americans had 13 players and needed to get down to 12 for the World Cup.

Kuzma was initially ruled out of USA Basketball’s 98-94 exhibition loss at Australia on Saturday with left ankle soreness.

Kuzma told team officials Saturday morning that the ankle was sore, and it was decided to hold him out for precautionary reasons. Kuzma had 12 points in the Americans’ 102-86 win over Australia on Thursday, going 4 of 5 from 3-point range.

But after the game, the team said it was determined that Kuzma’s injury would keep him from playing.