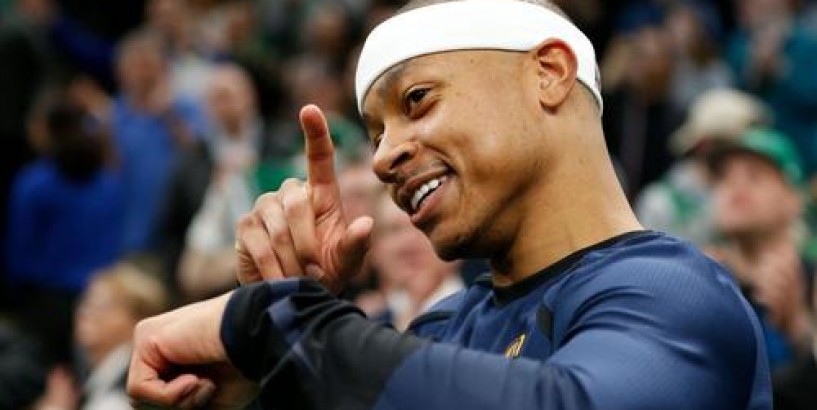 IT Week: 7 stats that define Isaiah Thomas' career to this point

This week we are rolling out content focused on Isaiah Thomas as he looks to reinstall his career in Washington. Today, we examine seven stats that tell the story of Thomas' career so far...

**Thomas is one of the best little guys in NBA history. Of players listed at 5-foot-9 or shorter, only Calvin Murphy scored more points. Murphy played from 1971 to 1983, all with the Rockets, and is now in the Hall of Fame. Only four players under 6-feet tall have scored more points than Thomas. In addition to Murphy, Damon Stoudamire, Terrell Brandon and Michael Adams are the others. Thomas and Murphy hold the dual distinction of being the shortest players ever to make the All-Star team.

**The irony of Thomas signing with the Wizards is not lost on many, as he lit them up in the second round of the 2017 playoffs. But Thomas' history with the Wizards goes back further than that. Back on March 18, 2014, Thomas put up 24 points, 11 rebounds and 10 assists in a game against Washington and became the shortest player ever to record a triple-double.

**His best season was 2016-17 with the Celtics, when he made All-NBA and helped lead Boston to the Eastern Conference Finals. That year, he averaged 28.9 points and 5.9 assists per game while shooting 46.3 percent from the field and 37.9 percent from three. Thomas is one of only nine players since 1992 to average as many points and assists in a season. The others are Kobe Bryant, LeBron James , James Harden, Russell Westbrook , Stephen Curry , Dwyane Wade, Allen Iverson and Gilbert Arenas.

**Since Thomas entered the league in 2011, he has scored 9,020 points and dished 2,453 assists. Only 11 other players have had as many points and assists during that time. The others are James, Harden, Westbrook, Curry, Chris Paul, Damian Lillard , Kevin Durant, Kyrie Irving , Kemba Walker , Kyle Lowry and John Wall.

**Thomas was the 60th and final pick of the 2011 NBA Draft, yet he has outperformed nearly everyone from his class. His scoring average (18.6 ppg) ranks fourth, behind only Irving, Walker and Klay Thompson. He's ahead of Kawhi Leonard, Jimmy Butler , Nikola Vucevic and Tobias Harris. Thomas is also sixth in win shares and VORP (value over replacement player).

He is one of the three-best players ever to get taken 60th overall in the draft, a spot that has a surprisingly impressive history. Thomas is second in win shares only to Michael Cooper, the five-time NBA champion and former member of the 1980s Lakers dynasty team. He is one of the best defensive wing players of all-time. Third in win shares is Hall of Famer Drazen Petrovic. Thomas is the only one of the three to make an All-Star team and only he and Petrovic were All-NBA.

**After injuring his right hip in the 2017 playoffs, Thomas has struggled to stay on the court in the two seasons since. He played only 32 games in 2017-18 and then only 12 last season. That is 44 total games across two years when he had previously never played fewer than 65 in a season.

**There are two areas of the game to watch this season as he aims to reclaim his glory of yesteryear with the Wizards. One is points in the paint. At his peak in 2016-17, Thomas was averaging 9.6 PITP. He was getting to the rim consistently and making teams pay for allowing him to get there. But in the two years since, Thomas has averaged only 3.9 PITP.

NBA.com and Basketball Reference were used for this research