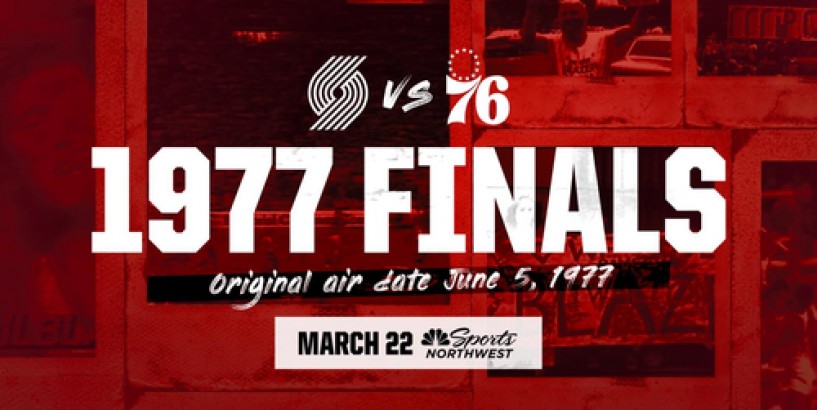 The electricity is in the air in Portland, Oregon was fueled by BlazerMania!

It was Game 6 of the 1977 Championship and the Trail Blazers were one game away from hoisting the Walter A. Brown Trophy.

After a 49-33 record during the regular season and a three-seed in the Western Conference, the Trail Blazers, led by first-year Jack Ramsey, which became a franchise in 1970, were in their first-ever playoff appearance.

In the first round, they defeated the Chicago Bulls after a series clinching shot by Lionel Hollins.

In the second round, they downed a formidable Denver Nuggets team.

The Blazers handled the No. 1 Lakers 4-0 in the conference championship, as the Blazers would get their first-ever shot at an NBA Championship.

The Philadelphia 76ers were the only team to stand in their way.

In Game 1 of the NBA Finals, the Trail Blazers committed 34 turnovers and lost.

They got blown out in Game 2. Maurice Lucas and Darryl Dawkins were ejected in that game after benches cleared. Lucas slapped Dawkins from behind after Dawkins and Bob Gross both went up for a rebound and wrestled each other to the floor. Lucas and Dawkins were ejected from the game. Philadelphia's Doug Collins received four stitches after he caught a missed punch from Dawkins.

Down 2-0, one would think the road to an NBA title would be bleak. Momentum was on the 76ers side.

But, this Trail Blazers team was a team of destiny.

The Trail Blazers stormed back and won both games at home to tie the series at two games apiece. They went back to Philly and defeated the 76ers in Game 5.

After arriving back in Portland, the Blazers were met by over 5,000 fans at the airport.

And on a sunny Sunday afternoon, Game 6 tipped off in the Memorial Coliseum.

You know what happens next…

The full schedule can be found here.