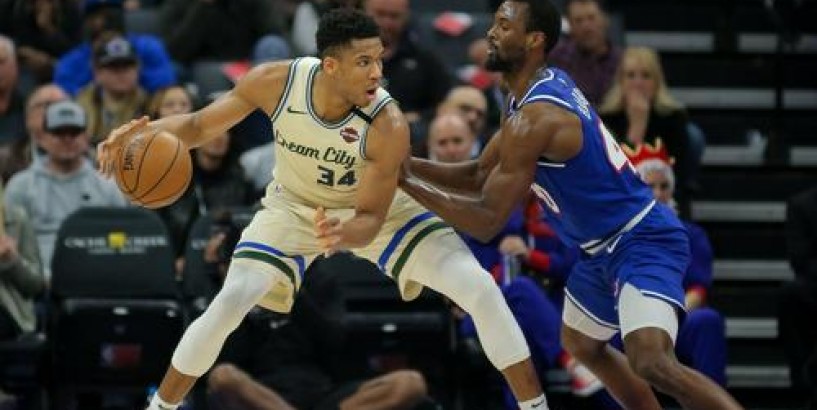 You can say this much about the Kings: They'll be very prepared for their eight seeding games during the restarted NBA season.

Sacramento will scrimmage against the Miami Heat , Milwaukee Bucks and Los Angeles Clippers before the Kings' real games begin on July 31 at Disney's ESPN Wide World of Sports in Orlando, Florida.

For those counting at home, the Kings will play the NBA's eighth-best (Miami), fourth-best (LA) and best (Milwaukee) teams by record. The three teams have a combined five All-Stars among them, while the Bucks and Clippers are first (plus-10.7) and third (plus-6.4) in net rating.

The Kings will need to be tested, of course, considering the uphill climb required to make the playoffs.

Sacramento currently is the 11th seed in the Western Conference, 3.5 games back of the eighth-seeded Memphis Grizzlies . The Kings, as the ninth seed, would need to be within 4.0 games of the eighth seed in order to force a play-in series to grab the West's final playoff spot.

Two games against the Zion Williamson-led New Orleans Pelicans loom large in that regard, as does the Kings' lone matchup with the 12th-seeded San Antonio Spurs . Warming up against the Heat, Clippers and Bucks should help them prepare for key games against other contenders, including the West-leading Los Angeles Lakers .

[RELATED: Bazemore would welcome re-signing with Kings in offseason ]

Win all eight games, and the Kings likely would make the play-in round at the very least. Harrison Barnes would also finally be able to shave, and earning the eighth seed would end a 14-year postseason drought.

Those are tall tasks, but each might feel slightly less so if Sacramento is able to hang with some of the NBA's best before the restarted season officially tips off.